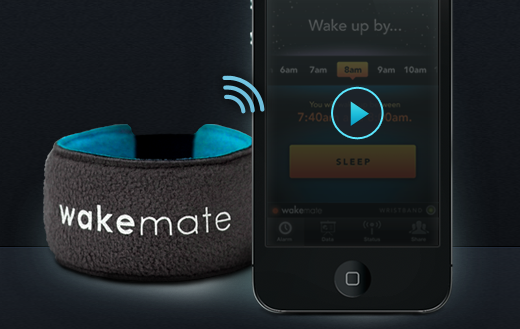 Y Combinator-backed Perfect Third, which made quite some waves with sleep-tracking device WakeMate that connects to a user’s mobile phone over Bluetooth, has “exhausted its capital” and has stopped producing new WakeMates.

In a blog post, Perfect Third co-founder Arun Gupta says the current plan is to keep the WakeMate service going while they work on open-sourcing the technology.

No word on whether the devices still burst into flames occasionally.

In the same blog post, and in an email to its users, Gupta claims his fellow co-founder Greg Nemeth has started a non-affiliated business called Three Thirds that is “taking the WakeMate sensor technology to the next level with MiLife+” and has spammed WakeMate users to raise money for the new venture.

Gupta accuses Nemeth of unauthorizedly using the WakeMate mailing list to promote MiLife+ on Indiegogo. It looks like the fundraising campaign has now been taken down, but the promotion video is still available on YouTube.

Gupta says he has now deleted the mailing list, and that people who have donated to the aforementioned Indiegogo project will get their money back.

From Gupta’s email and blog post about WakeMate’s future (or lack thereof):

I poured my heart and soul into this company and though we stumbled along the way I believe that we provided something of value to our customers. However, as many of you have guessed, we have exhausted our capital and will no longer be making any more WakeMates.

Currently our plan is to keep the service going while we work on open sourcing the technology. Hopefully this will ensure that you can continue to enjoy the product and its benefits even after the company no longer exists.

The Hacker News thread on the topic offers an interesting read, and the story is being documented on Storify and Quora.