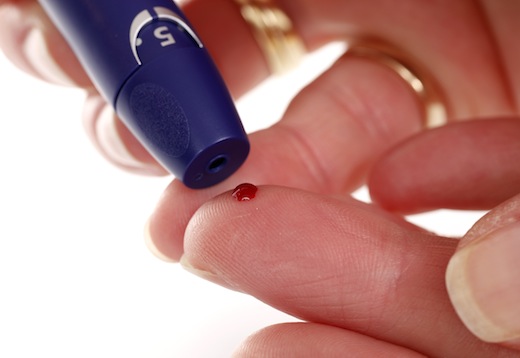 M-health startup Glooko is today launching (PDF) two products in the European Union and North America that assist diabetes patients in keeping track of their blood glucose readings by utilizing apps on their iPhone or iPod touch devices.

The company is today upgrading its mobile logbook solution with ‘Logbook Charts’ in the EU, and introducing ‘Logbook History Report’ in the EU, US and Canada.

The company says the addition of charts takes monitoring blood glucose readings with its Logbook iOS app to the next level by providing people with diabetes a more in-depth, visual analysis of their blood glucose data through graphs oriented by time of day, or by date (see screenshot at the bottom).

Users need to connect a so-called MeterSync Cable to one of the 11 compatible blood glucose meters and an iOS device, enabling them to download all of their readings directly into Glooko’s mobile app.

With Glooko Logbook on their phone, users can also take notes about carbs, insulin and wellness factors on the go, saving time and reducing human errors.

Currently, Glooko Logbook Charts is only available in the European Union where Glooko products are sold on Amazon.co.uk. Glooko says it plans to submit the product to the regulatory authorities in the Untied States and Canada as well.

Glooko was co-founded in June 2010 by technologist Yogen Dalal, formerly of Mayfield Fund. Fun fact: Dalal was a student of Vint Cerf, VP & Chief Internet Evangelist at Google, who has invested in Glooko.

One to watch closely, in other words.

Read next: Airbnb launches Wish Lists for bookmarking all of the places you'd like to stay