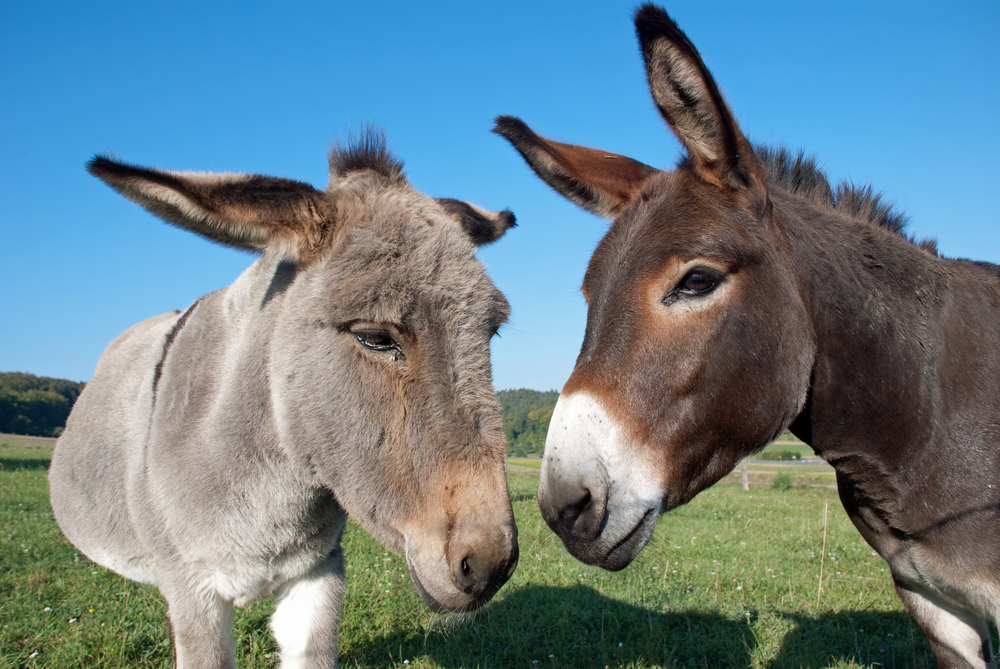 “We were travelling through Ethiopia and while we were on this mountain with a dancing priest and a goat named Henry, we decided to go into business together.”

Meet Avis Mulhall. Avis is telling me about how she and her business partner Andrew Simpson began a little project called mmMule. Avis quit her six-figured salaried career and moved to Tanzania to teach children in a rainforest, then travelled through 16 countries before she ended up in Mozambique where she ran a surf and yoga lodge. Having met Andrew, a former creative director who has travelled 54 countries, Avis introduced him to her brother Alan Mulhall, a developer who spent the last decade building travel rewards websites.

mmMule is a Godsend to homesick expats and a fresh breeze for sociable travellers. Basically, this website allows you to ask for anything you fancy, from anywhere in the world, and have it delivered to your door for free.

You want some Irish tea but find yourself stuck in Sidney? You’re in Cape Town and can’t get a hold of that special energy drink you can only find at home? Ask a mule. All kinds of requests for items all over the world are posted on mmmule.com every day. The “mules” are travellers who pick up on a request they read, and deliver it.

I’m traveling from Dublin to Sidney this week. I’ll log on to the site and see that somebody in Sidney is looking for tea they can only find in England. No problem — I’ll pick up a box of tea on the way. In return, whoever receives the tea might take me out for lunch, or show me the best bar in town that I’d never have known about otherwise.

“The last time I travelled from California to Melbourne, there was this girl who wanted a portable record player,” Mulhall tells me. “I brought it to her and in return she took me out to this disco called ‘No Lights’; which was literally a disco with all of the lights turned off. It was amazing! I would have never known about that if not for her. Otherwise it would have just been a boring two-day business trip.”

It’s intriguing how the simple idea of mmMule can enable new experiences, and sometimes new friendships. Michelle travelled to New Delhi with a bag of Australian marshmallows in her suitcase. Those were for Sakshi. Sakshi took Michelle out for a lunch of palak paneer, and invited her for dinner at her house the next day. Michelle experienced the wonderful hospitality of a warm Indian family, who also threw in some cooking lessons, and won a new friend. The girls have stayed in touch since.

Suffice to say, mmMule’s short history is full of stories like this. The website went live in late January, with zero marketing efforts, save for the occasional tweet and Facebook post. Luckily, site traffic numbers rocketed faster than Avis, Andrew and Alan could click the retweet button. More than 50 people from over 60 countries contributed signed up and traded requests. The first delivery was accepted within 24 hours: from the UK to Sidney. The second delivery went to Nigeria.

After Avis, Andrew and Alan launched mmMule.com, the second part of the mmMule network was born – which I find, and I salute the AAA-team, even more magnificent than the “standard” mmMule idea.

“When I worked as a volunteer in Africa I was teaching kids in a small village in Tanzania, and we would need things we couldn’t get our hands on all the time,” Avis  explains. “Chalk for the blackboard, or mosquito nets … and I started thinking, what if every person coming through here would bring a stash of books, or some pencils – what a difference that could make!” Andrew had similar thoughts in his minds. While travelling through rural Rwanda, he stumbled upon an orphanage for children whose parents had been killed in the genocide. He wanted to help. After talking to the kids, he found out that truly helping them was as easy as going to the next village and buying a handful of books, pencils and a football.

“Turning up at the orphanage with a football and seeing the ecstatic reactions of the kids who had been using a plastic water bottle to kick around – it was an amazing experience. Such a small thing made such a big impact on them. And it made me feel great, too,” said Andrew.

Thus the idea for AngelMule was born. AngelMule puts the basic concept mmMule is built upon in the context of charity. Bring a small item to a non-profit organization in need, and receive in return a big hug and eternal gratitude.

An angel mule delivered a bag of sunscreen to a children’s cancer unit in Tanzania. He was amazed to see how happy the children were about something so simple. He spent the next few hours playing music with the kids and was given a tour through the new cancer unit, while the kids were allowed to play ball in the sun thanks to his little gift.

But it’s not always that simple. Chalk it up to lack of time — not resources. As Simpson says, “people want to make a difference, but they only have a few weeks of vacation a year – it’s a hard decision to trade vacation time for volunteering. [With AngelMule] … you can take your vacation in Bangkok and still stop at a children’s home to deliver some clothing.” AngelMule offers users (and givers) the unique ability to let people give back without sacrificing too much. The process is also transparent – donors are able to see the effect their gift has on the receivers fairly quickly. Travelers can make make an impact, see the emotions of people they’ve helped and appreciate the gratitude firsthand.

When Avis talks about AngelMule, she sounds excited and impatient. I can almost hear her bursting with big plans in her mind. “I just want to skip forward six months and see where we are then.”

Avis’ team plans to include a fundraising platform, similar to Kickstarter, through which donors can raise money from their friends, families (and well-meaning users) while on a trip.

“If you’re sitting at home in San Francisco and your friend is in India, you can send him $20 so he can go buy ten mosquito nets. Then he’ll send you photos of how they’re being used, so even though you haven’t done anything yourself, you can think: ‘Wow, I’ve just sent $20 and here I can already see a little girl sleeping under the mosquito net I bought her,'” explains Mulhall.

This bright young entrepreneur hopes to see the website grow to accomodate grassroots charities, who might not have an existing online presence. Ideally, AngelMule will allow charities and travelers the ability to connect and to do more good.

Avis Mulhall has other, more personal, plans for AngelMule charities. “I want to travel around the world for six months and blog about AngelMule charities,” she says. “There’s no better way to find out how your site works than to use it yourself.”

Read next: SoundCloud's Alexander Ljung on why Berlin is a "magical" place to be based [Video]