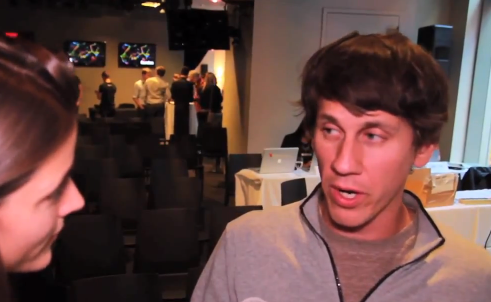 Following the launch of a completely new Foursquare app on iOS and Android, CEO Dennis Crowley must feel like a major burden has been lifted off his shoulders. After months of honing in on the major redesign, Crowley said waking up the next day “was like Christmas morning.”

The 5.0 launch wasn’t without its critics, however, and plenty of saddened Windows Phone users complained about being left out, while some reporters even called the new app a pivot (which Crowley disagrees with). Still, for the rest of us, this “All New foursquare” is all about discovery, and that simply expands the app’s purpose into what it was meant to be all along.