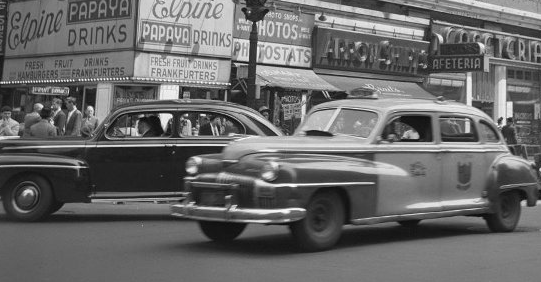 GetTaxi, the Israeli startup that lets you catch a cab with your mobile phone, has today announced its hopes to become New York City’s official taxi smartphone app after submitting an official proposal to New York City’s Taxi and Limousine Commission. We’ve known about the company’s serious interest in New York’s massive transportation market since it announced a $20M funding round last week, and now we’re starting see exactly how ballsy the company is, as it looks to transform the way the entire city travels.

With this proposal, GetTaxi is also announcing a partnership with growing payment solution Dwolla and NY-based transit directions startup HopStop. By teaming up with Dwolla, GetTaxi is simply expanding its payment options for users, making it more approachable for everyone. As for the HopStop partnership, it will allow GetTaxi to be used in calculating the most efficient of travel routes for city dwellers, like taking a subway uptown and a taxi cross-town.

Jing Wang Herman, CEO of GetTaxi USA on the announcement:

The smartphone revolution is about to change the way we travel as profoundly as it has changed the way we communicate. GetTaxi will take the guesswork out of the NYC taxi experience, making it easier to find a cab, share a ride and pay the fare. We are excited to help New York City improve mobility by better integrating taxis into the transportation ecosystem.

Here’s how the actual GetTaxi app works: First the GetTaxi app, which will support 16 different languages in NY, shows off a “snapshot” of your travel options, letting you decide if you should pull a classic street hail, digital hail or submit an actual booking. Then, the app lets users pay in a multitude of ways, including one-time split fares, ride shares, monthly plans, Paypal, credit cards and more. Additionally, the app lets you search for specialty cabs (hybrid, accessible, etc), earn loyalty points, rate your driver and even report and find a lost item.

Right now the company’s apps are available on iOS, Android and BlackBerry, and are in over 2,500 taxis. If this team can manage to tackle NY even half as well as it hopes to, we’ll see the entire city’s transportation industry disrupted…or, radically improved, depending on how you look at it.

Read next: Yammer agrees to sell to Microsoft for $1.2 billion: Report