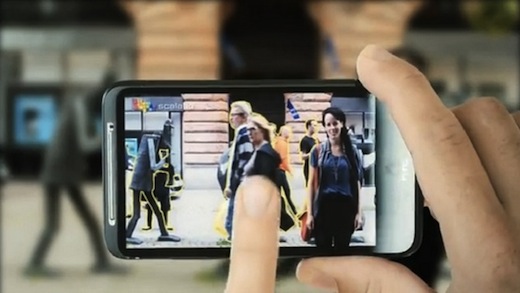 More specifically, it is buying ‘imaging specialists as well as all technologies and intellectual property’ after what Scalado calls a ‘longstanding relationship’.

From the press release:

In Smart Devices, Nokia plans to extend its strategy by broadening the price range of Lumia and continuing to differentiate with the Windows Phone platform, new materials, new technologies and location-based services.

In line with this strategy, Nokia today announced the planned acquisition of assets from Sweden-based Scalado, which currently has imaging technology on more than 1 billion devices. This acquisition is aimed at strengthening Nokia’s imaging assets.

The acquisition is aimed at ‘enhancing imaging experiences’ for Nokia Lumia devices and is expected to close during the third quarter of 2012.

On its website, Scalado says it has more than 50 patent and patent-pending technologies, which was likely also a key factor in the decision-making for the deal.

It boasts: “When someone is using a camera phone, it’s very likely that Scalado’s patented imaging platform is onboard.”

In addition, the company develops its own apps for Android and iOS (but not for Symbian or Windows Phone as far as I can tell).

It has offices in Lund, Sweden (HQ), Korea, China, Taiwan, Singapore and the United States and employs roughly 110 people.