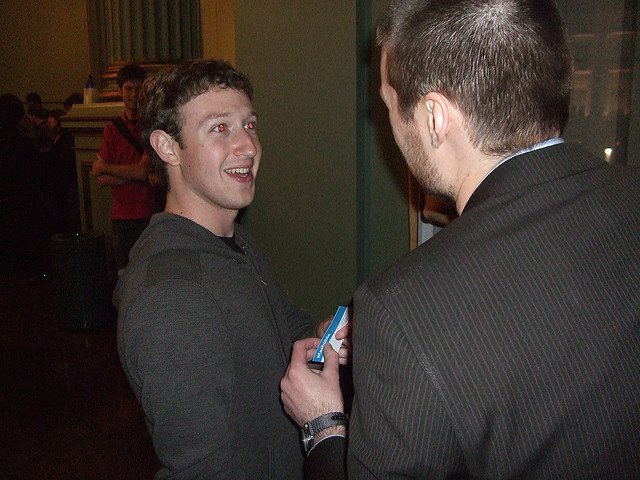 In case you missed it, gadget blog Gizmodo is asking its readers to take pictures of Facebook’s CEO Mark Zuckerberg. For $20. That’s right, Gizmodo is willing to pay people to stalk Zuck.

Not only is this creepy, but it’s clearly a way to get pageviews and attention. I guess by linking back to it and talking about it I’m helping them out, but it’s kind of weird and hard not to bring up.

If I were Mark Zuckerberg, I’d take a few hundred photos of myself and send them over to Gizmodo. Maybe ask them to write the check out to a charity. That would surely take the piss out of this calamity. While I’m sure Facebook’s leader already has paparazzi following him around, it’s not very safe to egg other people on to do the same.

Here’s what Gizmodo had to say about the “Summer of Zuck” campaign:

Two years ago, Mark Zuckerberg told startup publicist Mike Arrington that “people have really gotten comfortable not only sharing more information and different kinds, but more openly and with more people. That social norm is just something that has evolved over time.”

Facebook has evolved over time too. No longer privately held, it is itself a public company, with a public CEO. We think it’s time he evolves along with his company. In short, it’s time for Mark to go public too.

Here’s the deal: We’re going to pay for photos and videos of Mark Zuckerberg taken between now and Labor Day. Snap a photo or shoot some video of Mark. At a bar, after a conference, on the street. Totally great. We want pictures of him that he isn’t expecting to have made. If we run it, we’ll send you a cool $20.

So they’re trying to hide behind “making a point” about what’s public and what’s private. I’m not buying it, and I’m pretty sure that most of the public won’t either. Take pictures of other things and leave people alone, even if they have a publicly traded company.

We encourage photographers to pursue the perfect shot through all legal and honorable means; please no urban ninja tactics and remember the laws of the land still apply.

What are your thoughts? Is this as weird and icky as I think it is? Let us know in the comments.