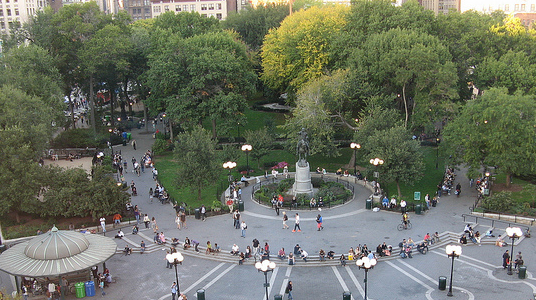 Every venture capital firm has its own secret for success, including the likes of Union Square Ventures, a very well-known, early stage NYC-based VC firm with an impressive portfolio of companies such as Tumblr, Behance and 10gen. Of course, subscribing to a single methodology may be dangerous thinking, but if you’re starting a company and have hopes to win and win big, USV has shared its “thesis,” describing just what it looks for when it comes to investing in startups.

At the heart of this is what Andy Weissman says can be best summed up in 140 characters:

USV in 140 characters: invest in large networks of engaged users, differentiated by user experience, and defensible though network effects

“Large” obviously requires scale – Twitter is a great example. But it can also mean large relative to a specific problem set or community. Stack Exchange is comprised of over 80 question and answer sites.

“Networks” are of course interconnected groups or systems, but they also come in a few flavors. For example, networks can be centered around person-to-person sharing of an activity (foursquare, Soundcloud), facilitating a transaction (Dwolla), enabling creativity (Tumblr, Wattpad), person-to-person marketplaces (Etsy, Kickstarter), or business and personal finance marketplaces (Lending Club, Funding Circle).

The foursquare check-in is a good illustration of a native behavior designed in the context of exploring a city, as is Codecademy’s method of teaching people to program by writing code inside a browser window.

The last component of this thesis relates to businesses that create barriers to entry through “network effects”, in which the value of a service to a user increases as others use it. This can potentially arise in a number of ways: for example a proprietary data asset…

Of course, the above views are only intended to reflect how USV discovers and decides on promising startups, but odds are there will be overlap with other major firms. Overall, this is simply the sort of thing entrepreneurs must keep in mind, especially when gearing up to courting and wooing VCs.

Check out the link below for USV’s complete post & full thesis: