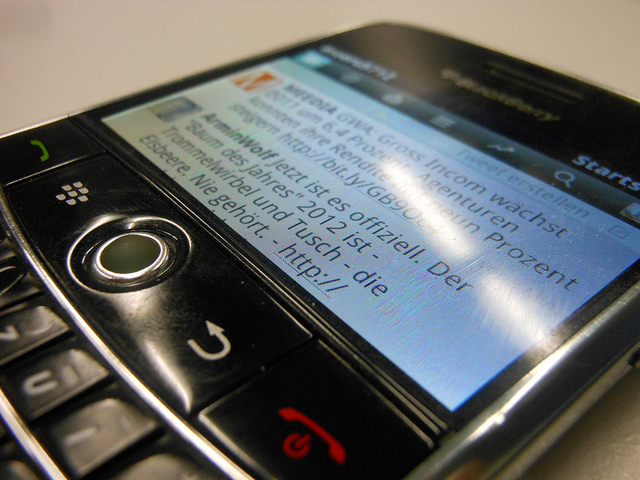 Things aren’t looking good for Research in Motion (RIM), as CNBC is reporting that its head of global sales, Patrick Spence, has decided to leave the company.

According to Spence’s Twitter bio, he’s a “BlackBerry Believer”, which makes him an unfortunate loss for RIM.

Spence had been with RIM since 1998. He held his current title at the company, SVP & Managing Director, for only 10 months.

Just three weeks ago, the company announced a new COO and CMO, in an effort to show that the company was moving in a better direction. In January, its co-CEOs stepped down to make way for its then COO Thorsten Heins.

The company confirmed Spence’s exit to the Wall Street Journal:

I can confirm that Patrick Spence, Head of Global Sales for Research In Motion, has resigned following 14 years of service. Patrick will be taking on a leadership position in a different industry. The sales function will report directly into Kristian Tear, our newly appointed COO when he starts this summer. In the interim, the sales function will report to [CEO] Thorsten Heins.

Whether this move was in response to the new changes at the top or not, no company wants to lose a brand champion like Spence.