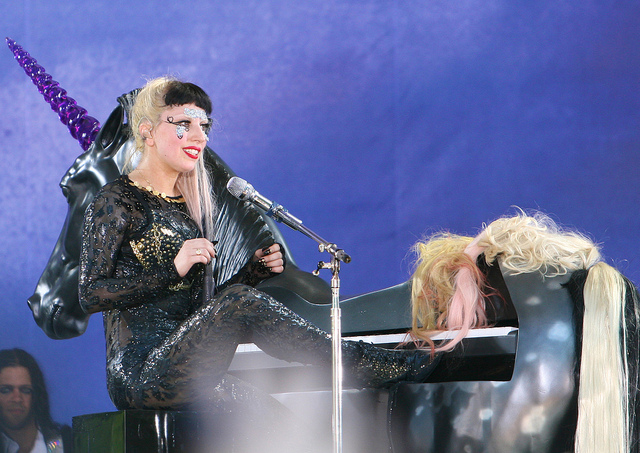 Back in February we told you about Lady Gaga’s social network “Little Monsters”, which could turn the concept. of how celebrities interact with their fans on its ear.

The site, powered by Palo Alto based Backplane and still in private beta, skips social networks like Twitter and Facebook, allowing Gaga’s fans to interact with her directly.

When celebrities like Ashton Kutcher and Lady Gaga joined Twitter, it was a major turning point for the product. A whole new userbase flooded the micro-sharing network, who foam at the mouth for every 140 character update from their favorite singer or movie star.

With her own social network, Gaga is making her fans feel even more special, as well as setting them up for opportunities to sell albums and schwag to them directly:

What’s more intimate than that experience? A mobile one of course. According to one of the designers at Backplane, a “Little Monsters” app is in the works:

Check it out. Little Monsters App on @dribbble: drbl.in/ecRI

In response, Backplane’s CEO said that we might see Gaga on the iPhone mighty soon:

What does the app look like? Take a look at the screenshots that Caleb Ogden shared on Dribble today:

While Little Monsters might not take a huge bite out of Twitter’s usage, it surely will steal eyeballs when it comes to Gaga fanatics. If the musician is posting exclusive updates to her own social network, there’s simply no reason to look elsewhere for the content.

Backplane is a community platform, meaning that the Little Monsters model could be spun out an infinite number of times for other celebrities with massive appeal. Justin Bieber anyone?

Read next: Watch the finalists for this year's Vimeo Festival + Awards