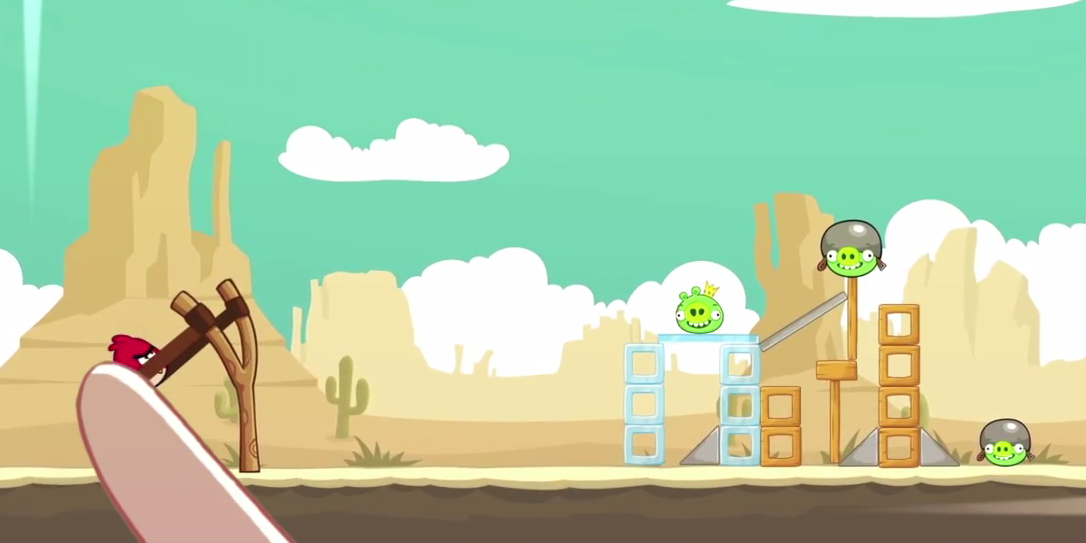 Rovio has reportedly confirmed that it has acquired the IP rights to Casey’s Contraptions from developers Snappy Touch and Mystery Coconut. Tucked into the announcement that Rovio’s Angry Birds titles hit 1 billion cumulative downloads, Rovio shared a sneak peek of its next major franchise, which was a red flag for the gaming industry.

According to Gamasutra, “Rovio’s VP of franchise development Ville Heijari today told [the publication] that the company has indeed acquired all rights for the brand.” The original iPad title has been taken out of the App Store, and a new, reworked version will be released this summer on iOS and Android, and will soon extend “to further platforms rapidly after that.”

For those who haven’t played Casey’s Contraptions, the game tasks users to create Rube Goldberg-like machines with toys and everyday items to solve puzzles and playtime scenarios. It had received quite a lot of praise since its release.

Working with Noel [Llopis, Snappy Touch founder] and Miguel [A. Friginal, Mystery Coconut founder] has been fantastic, and this is a game that we all fell in love with from the first play. The gameplay is a perfect fit in our arsenal with its approachable, fun and highly addictive take on the physics puzzler genre. We are currently reworking the title to enhance it, and getting ready to re-introduce it in a true ‘expect the unexpected’ Rovio style launch to an even larger audience.

In case you haven’t kept up with the news, back in November Rovio revealed that its far-ranging Angry Birds games had been downloaded over half a billion times, posting a video to its YouTube account, attaching statistics to prove just how popular the game had become. At the time, Angry Birds’ games had been played a total of 200,000 years, with 300 million minutes of playing time daily. On Monday, Rovio shared first-quarter revenues of 75.4 million euros ($106,3 million), earning 48 million euros ($67.6 million) before taxes in 2011, which comes down to 64 percent of total revenue for the full calendar year – a healthy profit margin.

At the moment, things are going quite well for the company. A new franchise is an extremely important turning point for its future, and we’re eager to see more of what’s next.

Read next: Mobile data roaming is set to become a lot cheaper in Europe as new EU price caps roll out