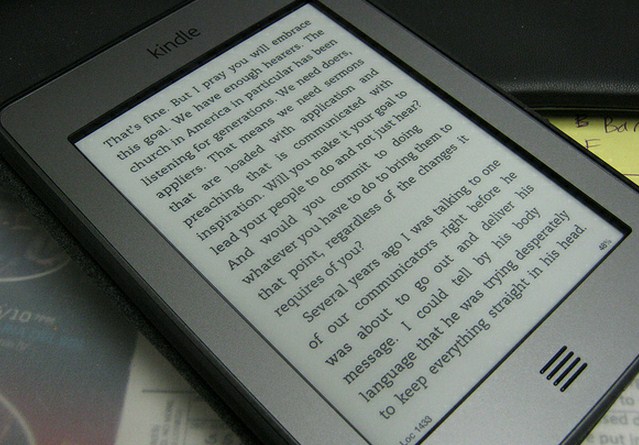 One week ahead of schedule, Amazon is shipping Kindle Touch 3G units to international customers. The company claimed in a press release that demand has been strong for the units, stating that “[o]rders from customers worldwide for our new line of electronic ink Kindles have exceeded our expectations.”

The Kindle has been a device that has become popular the world around, changing the way that people approach books, and even what constitutes a book itself. As the prices for Kindles have dropped, the devices have sold all the quicker.

Before the Touch went on sale internationally, it had been constrained to only the US market. From our previous coverage:

Until yesterday, the touch screen e-reader was only available in the US and in American English.Following its international launch, the Kindle Touch 3G will soon be available in six additional language versions – German, French, Italian, Spanish, Brazilian Portuguese and British English.

According to Engadget, the following countries are seeing pre-orders for the Kindle Touch fulfilled: “started shipping to customers in France, Italy and Spain from the respective sites (Amazon.fr, .it and .es), as well as the UK and DE.” DE, of course, stands for Germany.

Amazon claims that the devices have an “extra-long two month battery life and holds up to 3,000 books.” And now, they are shipping. How many were sold is unknown, but I suspect that tens of thousands of people, minimum, are about to have their treat delivered early.