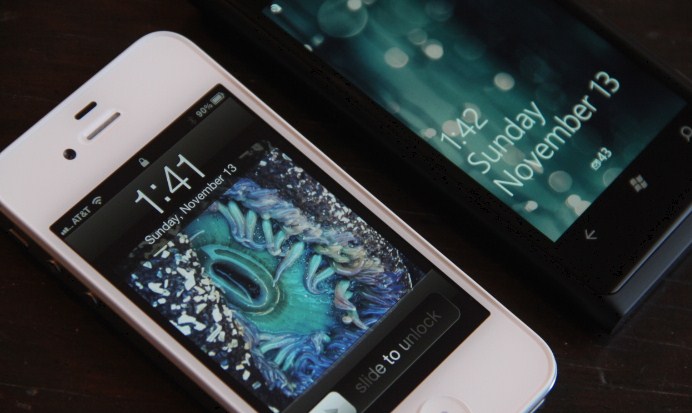 That headline isn’t exactly right, in that it’s not completely correct. Pokki is a platform that I’ve spent a good part of today trying to decipher, and haven’t fully unlocked; there is something to the service that I haven’t fully grokked yet. So let’s define it together, in pieces:

Pokki is a lightweight app store and platform that employs HTML5 to deploy mobile-like apps for your regular computer.

Pokki brings web applications to your desktop in a launchable and killable format.

Pokki brings a mobile-app-like experience to your desktop, allowing for single-use apps to provide single-serving experiences, as mobile apps do on your phone.

Pokki is all of that, stewed together. It almost feels regressionary, to bring mobile apps to your desktop, doesn’t it? It’s certainly odd to install a mobile app, launch it, check it, and then close it, not on a mobile device, but with a mouse and keyboard.

The platform now has a store, with Pokki rolling out its own marketplace. This has brought all Pokki apps into a single hub. And don’t worry about not getting the store: if you download any Pokki app, it brings the store with it. This is what Pokki looks like, running on my computer at the moment:

As you can see, I have two Facebook notifications. Now, to make this more understandable, I’m going to show you the Facebook and Gmail apps, so that you can see what the substance of the platform is:

Got all that? Good. Now, here’s what interesting about Pokki, and what makes it so ballsy: the platform is exclusive. By that I mean that you have to build a Pokki app for the app store. You can’t just take whatever you dumped into the Chrome Web Store and expect it to appear on Pokki’s. The team is savvy, however, and has put together a simple way to get an existing app into its market, but you still have to make the step.

As an aside, there is a group, Fluid, that are doing something similar for the Mac, sans the ecosystem.

We reached out to someone who had built an app for Pokki, Jakub Koziol, and talked through the market, Pokki, and building for it. As you might expect, given how fresh and new Pokki is, the platform struggles most with traction; how do you get users and developers to each make the first step?

Pokki got Koziol on board with a contest, of which it has had several, encouraging developers to build apps and compete for prizes. That’s an effective way to get apps built, and those efforts, along with others, have resulted in Pokki having some rather neat apps; it needs more. Bits of Pokki have landed on TNW several times over the past few months. Its’s come up on our radar through merit.

Koizol is the creator of the very popular, and damn addictive game entitled ‘Little Alchemy,’ which has become a top app on both Pokki and the Chrome Web Store. He ported his app over some time ago, and despite becoming one of Pokki’s more popular creations, isn’t content with his user numbers; but then again, Chrome claims that he has more than 500,000 users on that platform, so it might be hard to compare.

I asked him if he would develop again for Pokki, if it grew, to which he replied that he most certainly would.

If you scroll back up to the screenshot of the Gmail app, you will notice how basic it is. Compared to the web app, it’s nothing special. I certainly could not live inside of it; I need Gmail features that it doesn’t contain, just as I couldn’t live with with any mobile version of Gmail as my daily driver.

It’s a fact that for a power user of any application, a stripped down version of it will never suffice. And so you have to imagine that users of these apps are people are not those who demand total power. Instead, imagine a normal person, who wants to send an email. Why have them fire up Chrome, wait for it to load, enter Gmail, wait, have it load, and then dig in. For them, a one-click solution could be very powerful.

Now, I never don’t have Chrome open, so the use cases for me with Pokki are less evident than with others. However, having a great many friends who hate having more than one application open at a time (ha), I can see uses for Pokki. It’s coming to Mac soon, by the way.

Pokki needs more apps and users, but it has a trojan horse: when TNW covered Instagrille, and people downloaded it, they were sucked into the Pokki ecosystem. And now with its marketplace in place, every first app download is a chance for that person to install many more. What Pokki really needs is a killer app, that brings hordes to its doors, and thus elevates the entire platform.

Pokki is young. Very young. And as such we can’t see its full use as it hasn’t had a chance to mature. But something here has caught my eye, and I’m going to watch as the platform grow.

I’m not a fan of the appification of the web, but I’m in the minority it seems. Pokki is curious. I’d recommend trying it yourself.