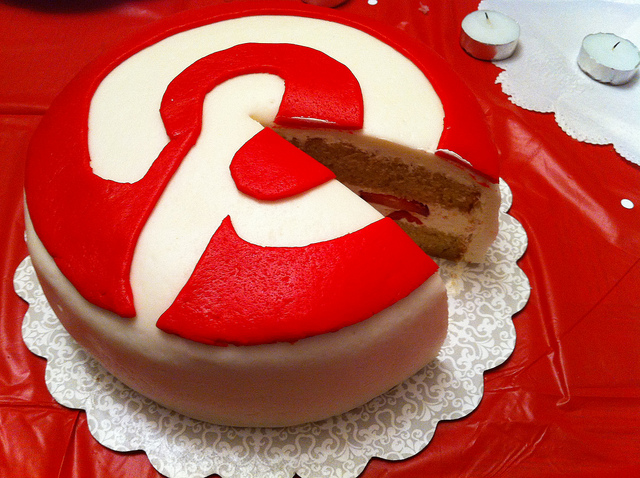 I don’t want you to get the wrong idea, not every service on the web is an acquisition target, nor does every company even want to be acquired. However, there comes a time in a product’s life where there is only a few ways it can go. This means that the accelerated growth something is seeing is bound to flatten out at some point.

Pinterest is one of those services that has picked up serious steam and has everyone wondering when the other shoe is going to drop. In this case, the “other shoe” is some type of business model or acquisition. We already know the target demographic for Pinterest, and no matter what features that the site adds, that demographic isn’t likely to change.

I’m not talking about the majority of users being women, I’m talking about people who like to “pin” things that they wish they could own. Notice, I didn’t say “buy”, because not everything on Pinterest is a link to an order now page. However, we do know that Pinterest users like to buy things, and that makes it an affiliate network dream. In fact, Pinterest was making money for a while by adding affiliate codes to all of your posted items.

The company has since stopped that, mostly because it never told the community that it was doing it in the first place. There’s something to be said for transparency, and if a company is completely open about what it does, users probably won’t care and continue about their business.

The fact that Pinterest was actually making a few bucks proves out the model that it could become a social affiliate network. Most users don’t know what an affiliate network means, or that they could be making money by adding an affiliate link with all of the items that they pin. If Pinterest made the process simple, it would be massive for its users and for e-commerce sites.

One of the sites that could make use of a network like Pinterest is Amazon. Think of Pinterest as a huge “wish list” site that allows you to beautifully organize all of the things that catch your eye as you surf the web. Amazon could turn that into big money for themselves, its sellers, and for the users of Pinterest. All it would take is making the on boarding experience dead-simple for becoming an affiliate.

Why not remove the word “affiliate” out of the process entirely. What if they just called it “Pinterest”? Yes, if Amazon were to purchase the social pinning site, it could sign users up automatically for an affiliate account and when those users share things on their pinboards from Amazon, they could magically make a few bucks.

Affiliate networks aren’t entirely mainstream and are mostly set up for bloggers, other independent publishers, or marketers. However, these Pinterest users are generating more views, and more clicks, than most of these independent publishers. Imagine being paid a buck every single time one of the things you post to Facebook hits 100 likes? That would be pretty awesome, and I doubt that the user base would complain. It’s marketing at its finest, and everyone wins in the end.

If you’ve seen some of the activity from top users on Pinterest, there’s no doubt about it that they spend a good amount of time nicely sorting all of the things that they share. In fact, Pinterest users do a better job at e-commerce than Amazon does. On Amazon.com you have three options to find things; open search, category browsing, or recommendations. The recommendation technology that Amazon has built is pretty impressive and is clearly helping drive sales on the site.

Imagine if Amazon could basically out-source their categorization, turning all of its products into objects that “editors” could neatly group together in ways that make sense to them and the people who follow them. It’s a mix of e-commerce and Wikipedia, and that site is none other than Pinterest.

I’m sure that Pinterest is thinking of other ways to make money, including creating its own affiliate network, but that’s a lot of heavy lifting that takes them away from focusing on building out the user base and keeping it as social as possible.

Much the way Amazon left Zappos intact after acquiring it, allowing the company to continue to focus on superb customer service, Amazon could let Pinterest innovate on new ways to drive people to the checkout page socially. The concept of “Wishlists” are boring, because people set them up for themselves and share them in hopes that other people will be that item for them. That doesn’t drive sales.

Pinterest users on the other hand set up lists, or boards, of things that oddly fit together and appeal to small subsets of people. Could you imagine a 1-click buy button for an entire board of stuff? I bet Amazon can.

I don’t know what something like Pinterest is worth, and I wouldn’t have thought that Instagram was worth 1 billion dollars already, so the beauty, and price, is in the eye of the potential beholder. What I do know is that Amazon needs to stay on the cutting edge of e-commerce, and Pinterest fits that bill.

If the massive Seattle company could turn millions of users into “affiliate marketers’ overnight, don’t you think they would? Pinterest is a bridge to that, and social sharing could turn into some nice pocket change for its users. Amazon could even give out its own currency that could be spent on items on its site as an incentive to focus on sharing items you find on its site.

Read next: Viddy shows no signs of slowing down, with 6.5M users it is now the #2 free iOS app