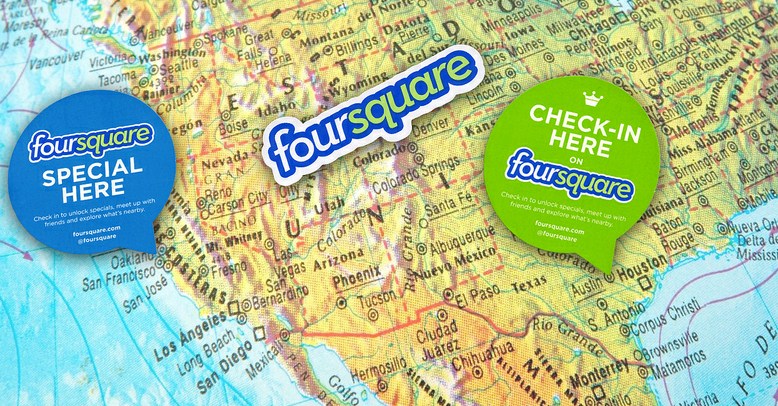 If Instagram is ‘worth’ $1,000,000,000, what is Foursquare itself worth? It’s not too idle a question; Instagram set in motion a pricing-recap in the market, effectively putting a marker in the sand as to what a high-growth startup might command in terms of ‘value’ to a scared giant, such as Facebook.

Here’s a fact that you might have forgotten: Foursquare’s last round was $50 million in capital at a $600 million valuation. Sound familiar? It should. Instagram’s last round, days before Zuck snapped it up, was about $50 million at a valuation of $500 million.

There are more parallels. Foursquare was also briefly once the hottest company in tech (in our estimation). I recall blogging about the service entering new territory, and being greeted by readers as if I had led them to the promised land. Everywhere you looked, there was Foursquare. Now, it’s Instagram.

What is interesting, though, is what Foursquare has become. A deal with Amex, and a merchant setup that could be monetized overnight give Foursquare exceptional revenue potential, especially given the density of its userbase in certain locales; in those place, it is part of the fabric of life.

However, Foursquare has a problem: user growth. While Instagram is adding 10 million users in 10 days, Foursquare had a total of 15 million users as of Janurary of this year. It was at 10 million in June of 2011. That’s 50% growth in about half a year. Not bad, but nothing crazy, especially as smartphones have become even more common; the pool of potential Foursquare users is only growing.

There have been endless numbers of the value Facebook paid for each Instagram user bandied over the past few days. Certainly, that per user cost has dropped, as Instagram has exploded since the sale. However, numbers around $30 have been the most common, so we’ll employ that figure.

Now, 15 million users in January is our most recent data point. Let’s be very generous, and assume that Foursquare has accelerated its growth rates, and has, as of today, hit the 20 million user mark. With me? Alright. At Instagram’s $30 per user metric, Foursquare is now worth $600 million! But wait, that’s what it was valued at during its last round of funding.

What’s going on here? It’s difficult to say. Foursquare appears to be trying to become a real, functional business, and is not positioning itself as flipmeat. But the company does have troves of data. That is worth plenty, I would presume.

Here are the thoughts from our very own Drew Olanoff and Alex Wilhem:

The types of data that Foursquare possesses is more valuable than anything Instagram can come up with, by a longshot. If you’ve used Foursquare over the past few years, like some of us have, there is no current service that knows more about your likes and tendencies, especially when it comes to spending money. The last time we checked, Instagram users weren’t buying anything.

Since Foursquare launched its “Explore” service, it’s even giving Google and Yelp a run for their money when it comes to helping you find a new place to eat or grab a drink. Currently, I turn to Foursquare Explore in a new location before I fire up Yelp. Why? Because Foursquare has a vast amount of historical data that when put together can tell a story of whether a location is popular, whether your friends have been there, and what people think about the place.

Much like Instagram, Foursquare is a completely autonomous social network that has interactive features of its own, but is similarly propelled by posting your activities to Twitter and Facebook. With that same social fabric as well as the infinite amount of personal data that it has, Foursquare has to be an acquisition target at this point. At what price though is what we’re trying to figure out.

If Instagram is worth 1 billion dollars, then surely Foursquare could command a similar sum, if it’s on the market at all. The service is one of the rare companies that has an actual business model and an engaging social hook that keeps users coming back. If there was ever a time to sell, that time is now. We know one thing, Foursquare’s suitors are surely lining up to find out what that asking price is.

It’s been essentially established that Zuck was scared off his gourd about Instagram. Fear has a smell all of its own, and the Instagram deal reeks of it. That means that Zuck wasn’t buying something for its inherent ‘worth,’ but was instead buying off a potential threat. I’ve written more on that here, if you are curious.

That’s why Foursquare’s valuation is so interesting – no one is really too scared of it. If Facebook had been, they would have bought it, instead of Gowalla. Google? Not really, they don’t have that big a hand in the location pot, although they could integrate Foursquare into Android which would be neat. Oh, and they bought Dodgeball. How did that work out? Moving on: Microsoft? Too busy with Windows Phone, I think, to do this, and they probably don’t want Foursquare, as they own part of Facebook, which competes with it.

The $600 million figure is deadly, because it implies that for investors to be content with the sale of the company, and therefore sign off on it, they will require a multiple. Which puts Foursquare in to the, perhaps, billions range. Who wants to swing that cash for a firm that hasn’t shown its ability to rocket its user count in some time? If there is no explosive growth is there no threat? And if there is no threat, why buy it?

From the investor perspective, so long as they believe in Foursquare, that $600 million figure is a base. If, however, they begin to run scared, they might take a down purchase to get out. But again, to who?

So, where would I place Foursquare’s value? Given that I would value the firm on its financial realities and potentials, as a suitor doesn’t appear to be rising, it’s impossible to say with any real accuracy. How many tens of millions of dollars in profits can it generate? Any? What’s its burn rate? Can it shed headcount to conserve cash? Will merchants come on board en masse to pay?

I can say this, from a business perspective, and not from the view of a speculative acquirer: I certainly wouldn’t go higher than, in terms of a valuation, what was dictated by its last round.

Read next: In case you didn't know, Uber drivers see how many stars you gave them