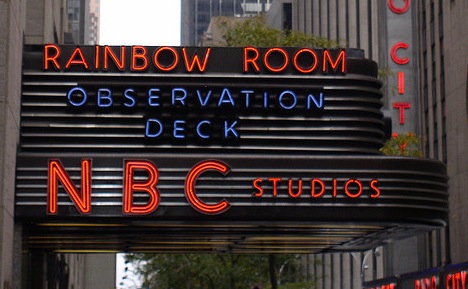 Reality TV is a harsh business. One minute everyone is glued to Jersey Shore, the next you’re looking at a canceled series and a backlog of ‘GTL’ shirts cluttering up the company store. One of the perennial favorites of the genre is Extreme Home Makeover, an ABC property that has a team building a house for a needy couple in a week, people love the construction drama.

So it’s not all that surprising that competing network NBC Universal is firing up a new reality series called Home Transformers that it describes this way: “America’s best home designers, builders, decorators and craftsmen will rebuild and transform rundown homes across America.”

NBC Universal has even set up a nice little website that it is using to stump for designers and builders to apply for the show this weekend. They want people who have a ‘great personality’, who are ‘the best’, etc. The page is honestly pretty boring, with an overly lens-flared logo and a standard WordPress theme.

But wait, what is this clever hammer-and-blueprint logo that they have displayed on the page? That looks familiar.

If you’re getting the same twinge of recognition that we got then you’ve probably been on any section of Apple’s website that has to do with app development. See, that’s the logo for Xcode, Apple’s main suite of software for app developers, and it has been since it was introduced in 2003. But hey, it makes for a great graphic that represents construction, design and planning, so why not just steal it?

Now, normally we would just let something like this slide. An intern could have just grabbed this graphic and thrown it in there thinking that it looked good enough. But this is an official page of NBC Universal, no matter how terrible it looks.

You can see that from the direct links to NBC’s Terms of Service and Privacy Policy right in the footer of the page. The page is also linked directly from the NBC casting page for its projects here.

And see, NBC is one of the biggest supporters of SOPA (Stop Online Piracy Act). In fact, it was caught strong-arming its suppliers into supporting the act, which has since been stalled by massive online protests. In an email, NBC asked those suppliers to sign on to the CreativeAmerica movement in defense of the bill:

We are writing to ask you for help on an issue that is one our top business priorities – content theft on the Internet, which is a major threat to the strength of our business. Our major guilds and unions are joining us in the fight to keep our businesses strong so that the tidal wave of content theft does not kill jobs. But if the current trend continues, it’s not too strong to say that this threat could adversely affect our business relationship with you.

NBC plays the sympathy card, saying that ‘theft’ is a major threat to its business and the jobs that it supports. But the moment that it is more expedient for it to just swipe a graphic from the internet to use on a public facing page that may be seen my many thousands of applicants and visitors, all of that goes out of the window.

The thing is, there is likely nothing malicious about NBC using the Xcode icon. It’s probably a casual thing that isn’t representative of its overall web design policies. But it is being used in a context where it is aiding NBC in making money for itself by starting up a new property.

This kind of casual copyright infringement, with no malicious intent, is exactly the kind of thing that SOPA was after. If people are outright stealing from content providers and selling their wares elsewhere, hey, that’s wrong. But SOPA covered so many cases of fair use, remixing, commentary and satire that it would have made a good number of the websites in the world immediately vulnerable to being taken down at the whim of ‘content creators’ like NBC.

People that weren’t trying to make money. Just having a little fun with, say, a 30 second clip of Jersey Shore inserted into a Rainbowstep video. Those people would be subject to the whims of this giant corporation. A corporation which can absolutely afford to pay for the licensing of a tiny hammer or blueprint graphic on a casting page.

This kind of hypocrisy isn’t an isolated incident either. Earlier this year, Jason Kincaid pointed out the same kind of casual disregard for copyright law exhibited by VEVO, a property owned by some of the biggest labels in the world…including Universal Music.

The hubris is made even worse in that its not some artist’s logo off of Deviant Art, this is a graphic used by the biggest company in the world by market cap. If they don’t care about Apple, how much less to companies like NBC care about the rights of individual copyright holders, the same people that they profess to be out to protect.

We’ve reached out to Apple to see whether a licensing arrangement has been reached for this graphic…but we doubt it.

Update: The graphic has been removed from the site but remains on the server here. You can view the cached version of the page here. Thanks Zack.

Read next: Hacking for volunteers. The Sony and Good for Nothing Make/Time developer event kicks off