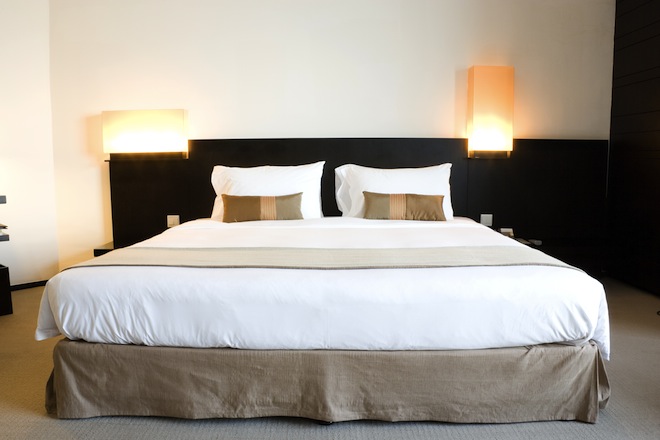 Airbnb competitor – and some would say clone – Wimdu has only been around for about a year, but it’s already a huge business.

In fact, we caught up with Wimdu CEO Arne Bleckwenn at the London Web Summit earlier this week, and he told us that there’s a big chance the European startup will eventually be bigger than Airbnb, which has just made a significant expansion move itself through the acquisition of UK-based Crashpadder.

He wasn’t grandstanding, but merely looking at the social travel market numbers that are currently available. And it’s the hotel industry that should really be worrying.

There’s no doubt Airbnb has been growing fast, but Wimdu is riding the ‘sharing economy’ wave as well, as pointed out by GigaOm’s Bobbie Johnson yesterday.

What was missing from Johnson’s article, however, was exactly how big Wimdu has gotten after only a year in business, aided by a massive $90 million funding round from Sweden’s Kinnevik and Rocket Internet secured in June 2011 (at a slightly more than 2x valuation), notably when Wimdu was a mere 6 months old. Rocket Internet is the infamous ‘clone factory’ started by the equally infamous Samwer brothers, but Bleckwenn is quick to point out they’re a rather “passive” investor.

Anyhoo: The Next Web received some actual Wimdu revenue numbers exclusively ahead of a general announcement – and we’re happy to share them with you.

After one year, Wimdu’s website boasts 50,000 properties listed, in over 100 countries, making it by far the largest social accommodation search website coming from Europe (there’s also 9flats.com if you’re interested).

The fledgling company is currently booking revenues of 5 million euros ($6.6 million) per month. Again, after just a year. It even expects revenue to exceed 100 million euros ($132 million) for the whole of 2012.

It’s showing rapid growth, too: in fact, Wimdu says its monthly revenue has quadrupled in the past three months.

Update: Christopher Lukezic, Director of Marketing and Communications EMEA at Airbnb, criticized Wimdu on Twitter, saying that the rev number shared by the German startup are “highly over exaggerated” and “flow through revenue, not net”.

Wimdu failing to point out their highly over exaggerated rev figure is flow through revenue, not net…

At the London Web Summit, Bleckwenn also boasted to me that they haven’t needed to touch most of the $90 million in capital they’ve secured, at least not yet.

Finally, Wimdu also claims it has seen some of its strongest growth in London, doubling the number of host properties from 1,000 to 2,200 over the past four weeks – just in time for the Olympic Games of course.

For your comparison, Airbnb earlier this year announced a milestone of 5 million guest nights booked since the company’s founding in 2008, although Wimdu doesn’t provide those numbers (yet). The company also said it lists over 100,000 properties in 192 countries.

At the recent DLD conference in Munich, Airbnb co-founder and CEO Brian Chesky gave the world another information nugget to chew on, saying that Airbnb hosts in NYC make $21,000 a year on average, and some even up to $100,000 a year.

The social travel market is clearly heating up, but again, it’s really the hotel and package travel industry that should be giving companies like Airbnb and Wimdu the stink eye.

Read next: 5 Amazing things you can do with Adobe's new Photoshop CS6 Beta