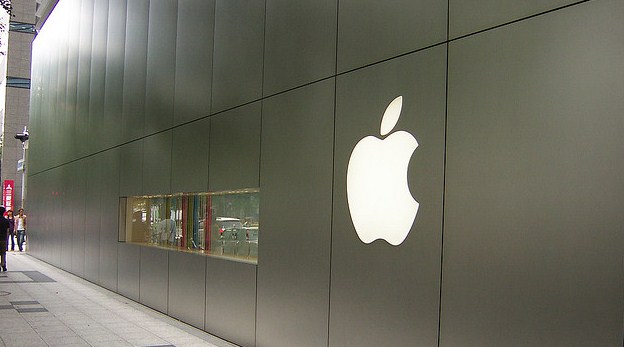 If you haven’t heard Apple’s morning conference call on its cash situation, and what it intends to do to lower its size by rewarding investors while keeping a cushion, you need to. From finance and technology perspectives, it’s a critical listen.

However, as I know that 20 minutes of arcane finance discussions are not everyone’s cup of morning tea, I’ll carry the water for you. I’m going to assume that you know the rough picture of what Apple is up to, however.

During the call, Apple outlined its massive cash generation: $31 billion in fiscal 2011, of which $24 billion was made abroad. At the end of December Apple had some $98 billion in cash, $64 billion of which was outside the US. And the machine keeps cranking: Apple stacked another $16 billion in cash in the first quarter of (fiscal) 2012.

If those numbers don’t make your knees a bit weak and another part of your body tingly, you don’t get business.

Apple’s problem was that it simply had too much money. What’s that, you say, too much? Yes. The issue was that its cash generation far outstripped its ability to spend; Apple had enough money to do everything that it wanted to, and still had so much left over that by not returning some of it to its investors (owners), the company was harming its stock.

Now, to the casual observer, that’s lunacy – Apple’s stock has preformed very, very strongly, so what gives? Apple wants to change the class and expand the base of its investors, and said so again, and again, on its call. Why? Less volatility. Stack its investor base with huge funds, and its stock will gyrate less. In other words, the outcome of a single product demo would have less of an impact on its market performance.

Right, and therefore, Apple felt like its investor base was too narrow, and to solve that, had to loosen the purse. The gigantic outpouring of cash that we are going to see is the result of 100,000,000,000 (I round, of course) instances of built up pressure.

Now that we are passed that warmup, what does all this have to do with foreign and domestic cash? I’m glad you asked.

Cash comes in two forms, from the perspective of a US company: foreign, and domestic. Domestic cash is currency in the United States, which is free to travel about and be used as it will. Foreign cash, on the other hand, is taxed as it heads home. In short, if you have a pile of profits in India, and want to ship that home for use in the US, you have a stiff tax bill coming your way.

We’ll leave the discussion of tax holidays aside.

Now, Apple thinks that this stinks. It has tens of billions abroad, which would generate a massive tax bill if they brought it home. So, there it stays. This is where things get interesting. During the call, Apple seemed to indicate that it intends to have enough cash in the US alone to run its business, period. The company stated that after its dividend and share repurchase program, it would still have enough US cash to invest, innovate, build, grow, and have a warchest left over. In short, Apple is comically rich, and doesn’t need its foreign cash to run its operations.

Therefore, it sits, while its US cash is employed in myriad ways. The statement in all of this is simple: US cash is flexibility and nimbleness embodied, while foreign cash is expensive.

Apple has made its case to both Congress and the current Administration over the situation of fat foreign reserves, but the issue has fallen on partisan times, and is a bit stuck at the moment. But for the tech giants that we all know so well, with their gigantic piles of cash, it’s important to realize what portion of that hoard is domestic, and therefore usable today, or foreign, and therefore held prisoner to a 35% tax liability.

Sure, it’s a great problem to have, having too much cash abroad that you want to bring home, but you have to wonder how this exact situation, writ little, effects smaller companies that don’t have such reserves.

Leave it to Apple to make a thorny situation understandable.

Read next: Apple launches 'Answers from the community' support listings on product pages