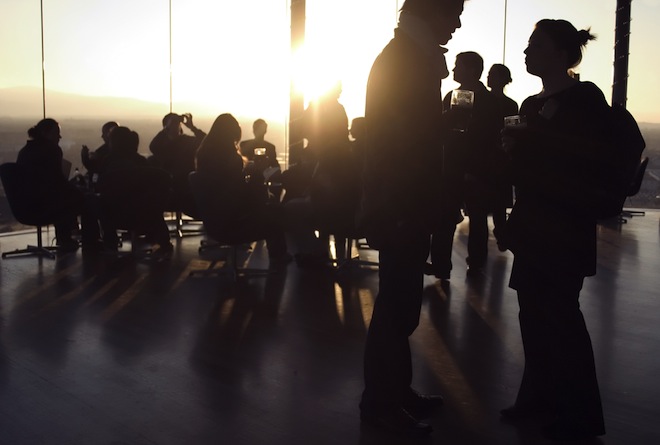 Atlassian, a company that builds collaboration software, this morning announced that it has acquired HipChat, a hosted private chat service for companies and teams that is similar to products like Campfire, Sazneo and to a certain degree also tools like Yammer and Salesforce’s Chatter.

Terms of the acquisition were not disclosed. Both companies have offices in San Francisco, California, but Atlassian’s headquarters are in Sydney, Australia.

HipChat’s desktop, browser and mobile communication software is used by more than 1,200 customers, including Groupon, HubSpot and my former employer TechCrunch (at least by some of the writing staff).

The startup offers a set of integrations to popular products and Internet services that publish targeted notifications from other products directly into team chat rooms, including Atlassian’s Bitbucket and Bamboo, GitHub, MailChimp, Heroku and more.

It also offers things like file sharing and one-to-one voice and video calls.

In a statement, Atlassian says will further incorporate the service into its portfolio of software, which it claims helps more than 18,000 companies work better together.

The idea is to inject some ‘hip’ real-time goodness into its collaboration tools for teams.

Other than that, little will change, promises HipChat:

HipChat is going to remain everything you’ve come to expect. Our pricing will stay the same, and the product will continue to get better. You’ll also be covered by Atlassian’s terms of service, including their legendary service promise and awesome support team.

HipChat’s three co-founders – Pete Curley, Garret Heaton and Chris Rivers – will all join Atlassian, which raised $60 million from Accel Partners specifically for these types of M&A deals back in 2010. Previously, Atlassian purchased SourceTree and BitBucket, and also co-invested in Cloud9.

Read next: 5 innovations looking to transform cities around the world