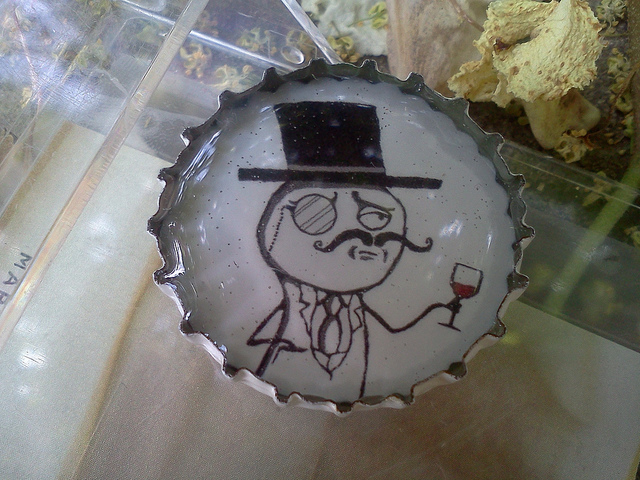 In what looks to be a massive blow to the loose-knit online collective LulzSec, the FBI has reportedly been working with the so-called leader of the group ‘Sabu’ to bring down its other members, Fox News reports.

This morning, police and law enforcement agencies worked together to apprehend five top-ranking members of LulzSec, working on information reportedly provided by its leader, who is said to have been working with authorities for a number of months.

The suspects include two men from the UK, two from Ireland and one from Chicago, with four of the five charges based on a conspiracy case filed in New York federal court.

An FBI official told Fox News that it will be “devastating to the organization,” adding that they were “chopping off the head of LulzSec.”

Sabu, who fronted questions directed to the collective and brought together members from all over the world, worked from his house in New York to coordinate a series of attacks on numerous online targets.

Apparently FBI unmasked Sabu in June 2011 and since then he has became a cooperating witness, after pleading guilty to 12 hacking-related charges on August 12, 2011.

The federal government is run by a bunch of fucking cowards. Don’t give in to these people. Fight back. Stay strong.

Fox News also says that the five other members include Britons ‘Kayla’ and ‘Topiary’ (who was arrested in July 2011), ‘pwnsauce’ and ‘palladium’ who both reside in Ireland, and ‘Anarchaos,’ who hails from Chicago.

Anarchaos may be charged in a separate case, as he is believed to be a member of Anonymous.

As for the rest, they will be brought to court to answer charges related to the hacking of Sony, the Senate and CIA websites, and many other high profile attacks.

It may come as a shock to many who followed LulzSec’s pursuits, especially following the announcement that the collective would form ties with Anonymous.

Anonymous has been hitting the headlines for its own reasons in the past few months after taking down Greek government websites and publishing an intercepted call between the FBI and the UK’s Metropolitan Police — it may not stop future attacks from taking place but it may unsettle some of its members as they work together to coordinate such hacks.

Read next: Tumblr Tuesday: Celebrating the WTF of QR codes and the mobile web