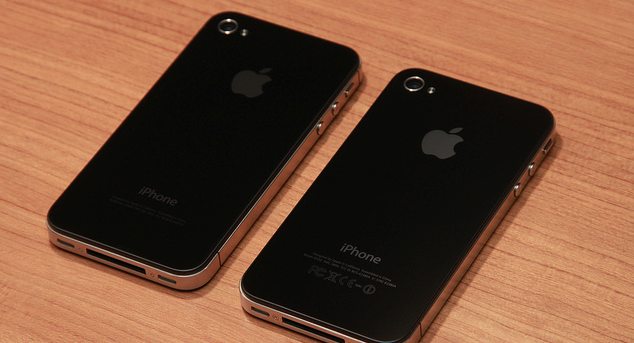 According to a report by Chitika, mobile web traffic has risen as much as 35% since July 2011. The data analytics company found that mobile traffic represented an average of 10.55% of total web traffic during the last week of February 2012, which shows a growth of 34.44% when compared to the earlier report.

This data shows the continuing and rapid adoption of smartphones and tablets, but it’s important to see that we’re not 100% in a post-PC world quite yet, with PCs still holding on to 89.45% of all traffic. The study did find that, when comparing mobile and PC usage hour by hour, smartphone use negatively correlated with PCs, suggesting that as mobile devices continue to grow in popularity, PCs may increasingly become a second choice.

As you can see in the graph below, the hourly average usage reveals some interesting behavioral patterns, with mobile devices reaching a nearly 20% share of all recorded web traffic between 8AM and 10AM. 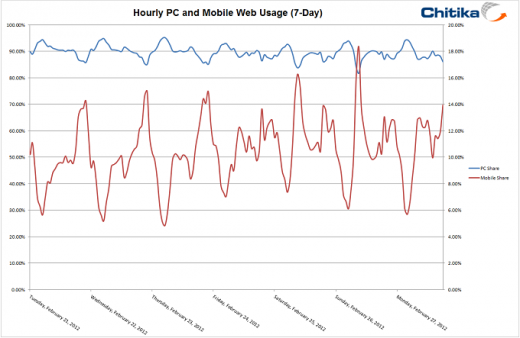 This data illustrates clear intervals in which shifts in consumer behavior can lead to changes in the methods and forms of access used to gain information and connect with the outside world. Tablets and smartphones which now proliferate both work and home have emerged as more fluid alternatives for web based activities such as checking e-mail or monitoring bank statements.

In the context of the work day, people may turn to their mobile devices as a method of accessing the web as the day progresses, causing the portion of overall web use from mobile devices to rise.

As you might have guessed, Chitika isn’t able to measure every single Internet user across the globe, which is why this report should be taken with a grain of salt. Still, Chitika’s sample sizes tend to be quite large and do a decent job reflecting the mobile landscape. For now, mobile usage is certainly growing rapidly and shows no signs of stopping.

Read next: Google+ adds new mask effects for Hangouts, so go turn yourself into a cat