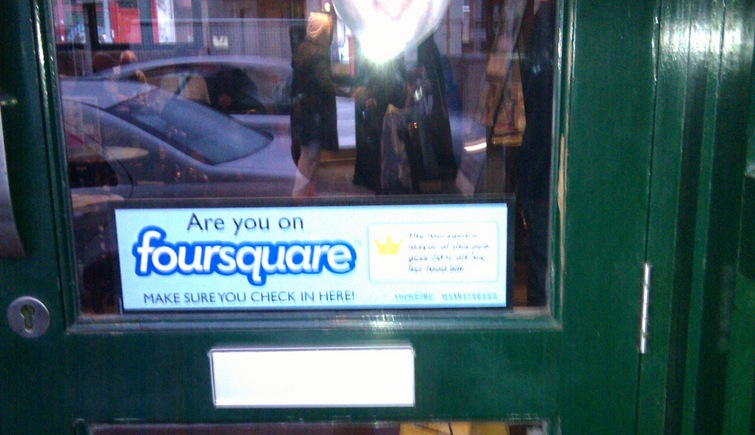 An interesting move from Foursquare, and one that the company says it has done because of a desire to support the startup ecosystem. In a blog post, the company explains that it has done away with using the Google Maps API in favor of OpenStreetMaps on Foursquare.com, given a face via MapBox.

“When we initially began looking around for other map providers, we found some incredibly strong alternatives. And while the new Google Maps API pricing was the reason we initially started looking into other solutions, we ultimately ended up switching because, after all our research and testing, OpenStreetMap and MapBox was simply the best fit for us.”

MapBox, according to Foursquare, is “making gorgeous maps with the OpenStreetMap data”. Its MapBox Streets product was just released, so the timing was good too. So now, when you’re looking at maps in Foursquare.com, they’re going to be a bit different:

Design flexibility, continuous updates and an ability to help support the open-source movement are further reasons that Foursquare provides for the change.

Unfortunately, for some users, this decision isn’t a good one. As noted by one of the commenters on Foursquare’s blog post, OpenStreetMaps don’t have the breadth of coverage that Google Maps do. But, given the open nature of the project, its assumed (and hoped) that areas will be mapped quickly and accurately to make up for any gaps.

ReadWriteWeb also brings up an interesting point, related to how Foursquare and Google are now competing more directly than ever before:

“When you use Foursquare Explore on the Web to search for places, you’ll be taking eyeballs away from Google. Moreover, Foursquare is now a major patron of open-source software.”

We’ll have to see how the move pans out, but hopefully the amount of negatively-affected users won’t be too high. I have to applaud Foursquare on the initiative, but simply hope that it works out for the best.

Read next: WillCall takes the hassle out of SXSW by letting you RSVP for 50 parties at once