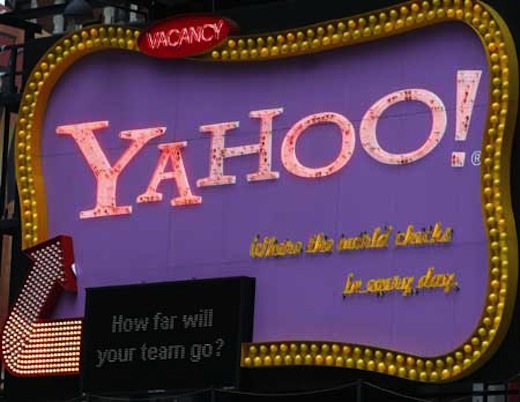 Not long after we got the news of Yahoo appointing Scott Thompson as its CEO, we’re now hearing that former CEO and Yahoo founder Jerry Yang has resigned from the company’s board of directors, according to CNBC.

Bloomberg reports that Yang is leaving Yahoo in order to “pursue other interests outside” of the company.

Yang had been rumored to step back into the CEO position before Thompson’s appointment, and Microsoft had poked the smoldering ashes of a possible acquisition, going so far as to sign an NDA surrounding the proceedings.

The company has had its share of hard times in the past few years, with an intended resurgence under former CEO Carol Bartz never coming to fruition. Yahoo has had difficulty in figuring out exactly what the company does, other than positioning itself generically as a “media company”.

Yang leaves with a statement (the full letter is here) to the board, expressing his confidence in Thompson:

“As I leave the company I co-founded nearly 17 years ago, I am enthusiastic about the appointment of Scott Thompson as Chief Executive Officer and his ability, along with the entire Yahoo! leadership team, to guide Yahoo! into an exciting and successful future.”

The company still holds a market cap in excess of $19 billion, and news of Yang’s departure doesn’t seem to have had an immediate influence on after-hours trading of stock as it holds steady at around $15 per share. The company has big plans in the works, as it partners with Microsoft and AOL in order to take on Google in the display advertising market. We’ll have to wait and see exactly how the partnership pans out, however.

Yang’s departure isn’t only from Yahoo, however. He is, in fact, stepping down from the board of Alibaba, as well as Yahoo Japan.

Read next: This is Jerry Yang's resignation letter to the Yahoo! board