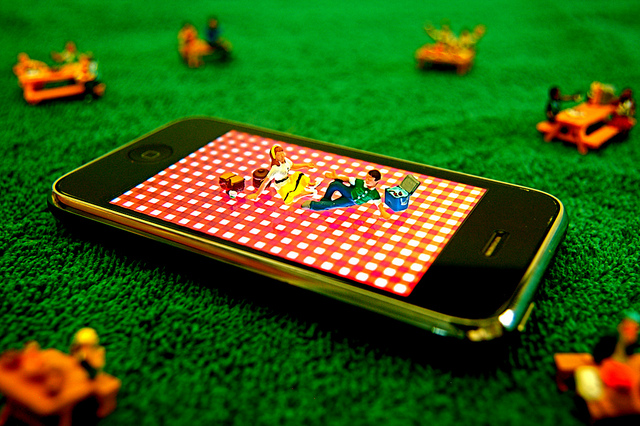 In a blog post today, Flickr has promised that a big 2012 is in store for its users. The massive photo sharing community owned by Yahoo! has announced some “New Year’s cleaning”, which includes the removal of a few features, but no actual details on how it plans to make the site better.

Here’s what Flickr had to say about the upcoming changes:

This year is going to be big at Flickr! In the coming weeks and months you will see significant updates to Flickr’s user experience, new features and offerings across devices. Our goal is to build a gorgeous, intuitive, and truly beautiful experience for you, your friends and your photos.

To do this, we are starting 2012 with a renewed sense of focus. This means discontinuing certain features that are not core to our product or that haven’t resonated with you. Since the upcoming new experiences will either require, or work significantly better, with modern browsers. We will also discontinue supporting some of the older browsers that only a very small percentage of people are using with Flickr.

Among the cuts is the photo editing feature powered by Picnik. Picnik was purchased by Google in 2010 and was integrated into Picasa, and now Google+ Photos. Flickr promises to transition into another editing solution, presumably created in-house, but doesn’t say exactly what that will entail. Also, it’s unknown if Flickr is simply choosing to remove Picnik, or if its agreement with the product merely lapsed and Google chose not to renew.

Here are some of the other cuts Flickr is planning on making:

Photo Session is a feature that offered a real-time way to share photos with other people in a browser, with no additional apps to install. The feature had been developed as a technology showcase, but has not seen the user adoption we were hoping for. The feature will be turned-off by March 20, but we will continue to use the technology in other parts of Flickr. For example: Go to Flickr.com on your iPad or iPhone, open the full-screen lightbox view and experience the performance and pinch-to-zoom in the browser – it’s just one place where we are using the technology that was developed for Photo Session.

We removed the Flickr Clock from the Navigation late last year. We created the clock to gather visual, video (or “long photos” as we like to call them) moments in time from around the world. It’s a pretty little thing, but its user experience is complicated and it’s not core to our product offering – so we’re going to say goodbye. (Pssst… You can still see it here for a few more days.)

While we continue to build the best photo sharing app for Windows Phone, we made the decision to discontinue its Slate counterpart. We see great traction with the Windows Phone app and are going to continue to release frequent updates, but the Touch-PC version of the Silverlight App will not be supported after March 20.

The Flickr API fully supports oAuth, which is already used by hundreds of Flickr apps, but there are still some apps that use the old authentication system, called FlickrAuth. We are asking all developers to move over to the new standard bu July 31. There is a related blog post on this topic on our engineering blog code.flickr.com.

For both of the browsers we are seeing a very small percentage of people using them and as of today people with those browsers will see an “update” message to encourage the download of the latest browser versions. This does not mean that IE7 and Firefox 3.6 users will experience problems using the site today, but the features and experiences that we will be releasing this year may not be supported on these browsers. For many reasons, foremost security, we encourage everyone to use the latest browser version on their devices.

Flickr is cutting some of its deadwood products that weren’t gaining much traction and it will be interesting to see where the new focus takes them. I highly suggest that the team works on bolstering its mobile offerings, since Instagram has built a wildly successful community of over 15 million photo sharers on iOS.