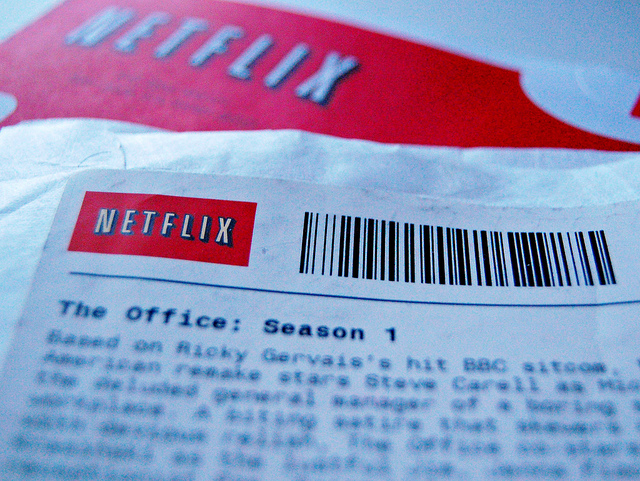 An announcement that seems like yet another blow for Netflix was made today, and it involves Warner Brothers titles this time. Last week, we reported that HBO would no longer provide Netflix with new titles, which is clearly a competitive maneuver.

In this announcement, Warner Brothers has decided to double its window of 28 sale-only days for new titles on DVD and Blue-Ray. That means that you’ll now have to wait 56 days after a title is available for purchase to rent it on Netflix.

Warner Brothers has used this “sale-only” window with kiosks like Red Box as well as Netflix, and it appears to have increased sales for the company. Mark Horak, president of Warner Home Video North America, had this to say:

Since we implemented a 28-day window for subscription and kiosk, we have seen very positive results with regard to our sell-through business. One of the key initiatives for Warner Bros. is to improve the value of ownership for the consumer and the extension of the rental window – along with our support of UltraViolet – is an important piece of that strategy.

Netflix didn’t have much of a choice in the matter, and accepted the new agreement from Warner Brothers.

Its Vice President of Content, Anna Lee, made a statement that sounded like it came in defeat:

Netflix wants to ensure members have continued secure access to Warner Bros. DVDs and Blu-ray discs and, as such, is accepting the 56 day holdback.

I’m not sure that this is what consumers really want, but Warner Brothers wants to make more of a buck when a movie becomes available for sale. There’s always that period of “I’ll wait for it to come out on DVD”, and now we have “I’ll wait for it to become available on Netflix”. Warner Bros. is hoping that all of this waiting is simply too much, and consumers will have to rush out and buy the films. I find this strategy to be a short sighted plan to make a few more bucks, but one that will in the end harm its business prospects.

Will companies like Warner start its own streaming and rental service and skip the middle men? It worked for Hulu.

Read next: Kodak is suing Apple and HTC in the US for patent infringement [Update]