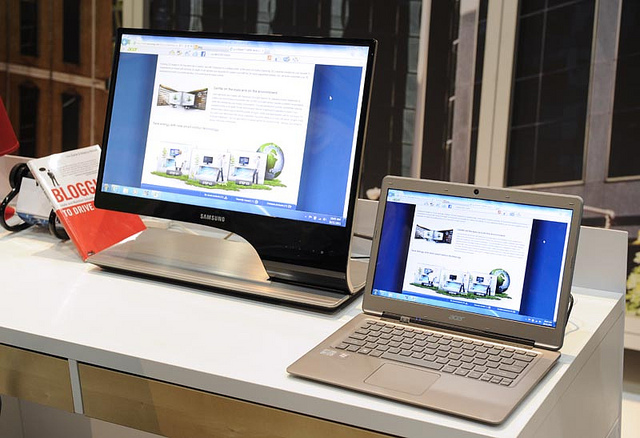 According to a new report from Nielsen, Microsoft is the most visited consumer electronics brand on the web. All of its sites totaled 94 million unique visitors in the U.S. in September 2011 alone.

That’s great, but can Microsoft keep people on its properties long enough to turn them into loyal brand followers and customers? Not compared to Apple, says this report.

When it comes to time spent on consumer electronics sites, those visiting Apple’s web properties spent the most time on them. In September 2011, 68.7 million people who visited Apple on the web averaged one hour and two minutes clicking around. That’s more than twenty minutes longer than Microsoft visitors, who spent an average of forty-two minutes on its sites.

There are numerous reasons as to why Apple surfers spend more time perusing its sites, one of them being that the experience is more interactive and pleasing to the eye. For example, Apple features long-form video content on its homepage which usually consists of well-produced product demos and commercials.

However, Microsoft does have a 26 million visitor edge compared to Apple. The mix of visitors include IT professionals and companies making bulk purchases, so it would be fair to say that Microsoft’s visitors aren’t on its sites to peruse, they’re there to get in and get out quickly.

Read next: Google+ pageviews are irrelevant. Here's why.