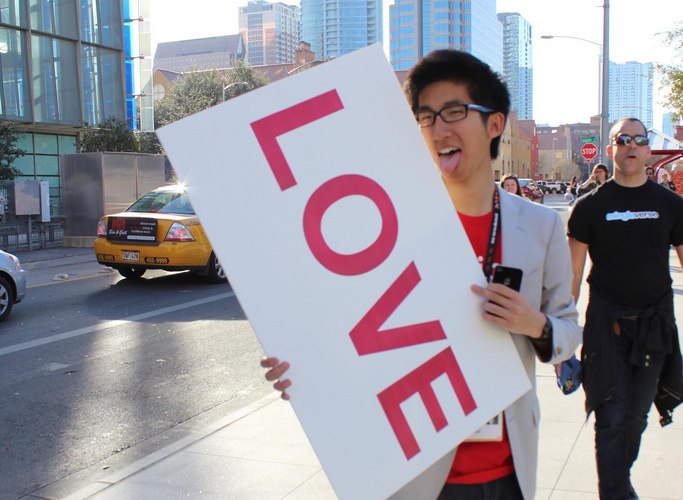 I sat down with Kiip’s founder and CEO today to discuss his reward platform that is making real waves in Silicon Valley. With companies looking for new ways to acquire customers, Kiip has found itself a sweet spot that is making gamers, developers, and partners extremely happy.

If you’re not sure what Kiip is, it’s a platform that developers can use in their games that get users real-world rewards from well-known brands like Best Buy, Sears, and Vitamin Water. Most games have some sort of leader-board or achievement functionality, so Kiip fits in quite nicely.

2011 was said to be a $1.2 billion year for mobile advertising, but Wong doesn’t refer to his reward network as pure display advertising. Kiip sees itself as a hybrid opportunity for advertisers, utilizing tried and true display ad methods along with promotional and marketing opportunities.

Here’s a demo and explanation of Kiip:

Kiip didn’t come out of nowhere though, having spent almost eight months in stealth mode while it built its network. Wong explains:

We launched the network in April of 2011, and we spent a good 6-8 months building the network. The reason why is because I was trying to build up enough traction before we revealed the network. We wanted to be like a raging pitbull. The positioning was nailed on day one.

While mobile advertising is an over billion dollar industry, Wong doesn’t see the reward replacing it:

Ads will always be there, there will always be a time and place for ads. But I also feel like we’ve extracted a new layer of value. I view the world as being a very reciprocal place.

This reciprocity aspect is key for Kiip, as the company allows gamers to unlock rewards as it plays a game, and lets them give that reward away to anyone they wish. It was a feature that the company accidentally stumbled onto Wong told me. Emotional context has become a powerful way for a brand to gain lifetime customers moving forward in the digital age and rewards give advertisers that emotional context that display ads simply can’t touch.

The power of emotion is a marketing technique employed for years by companies like Coca Cola and Red Bull. If a brand can engage a customer at their happiest moment, like an achievement in a game, the customer will always remember that brand in that context. It’s quite brilliant, actually. The partners that Kiip works with seem to get it too, as Wong revealed to me:

Most brands calculate their spend with us based on the lifetime value of the customer.

How happy are these customers? Wong showed me a piece of fan mail that the company received, asking them to get its reward system placed in their favorite games. That’s impressive affinity for a reward system that only launched in April of last year.

The company recently released a new feature on its site, called Kiip Spotlight, which features popular games that use its reward system. There are currently 70 games using Kiip, and they’re pretty popular ones.

The key to Kiip’s success could be the happiness that gamers feel when they unlock and achievement and receive a reward like a cup of coffee or $5 Best Buy gift card. Wong says the company unlocked something powerful when it launched and allowed gamers to send their rewards as a gift.

It was an afterthought and not much of a strategy at the time, but after digging through some of the messages that went along with those rewards, Kiip has found that this type of advertising makes brand affinity tangible. Not only are gamers earning rewards, they’re sending the rewards to their girlfriends, boyfriends, and moms.

These aren’t phrases you would normally associate with a “regular old ad”:

Thanks to this analysis of an accidental hit, Kiip now incorporates its learnings with potential advertisers. Wong shared these presentation slides exclusively with The Next Web:

In 2012, the company is focused on brings its reward system to international customers, bolstering its destination site so gamers feel more comfortable cashing in rewards, and looking at different areas than gaming that are ripe for rewards. This could be anywhere from uses in schools, the workplace, or fitness programs.

It looks like Kiip has been successful in bringing the “happy”, and it’s turning into a real boom for the company, which saw its network of games unlock 31,544,566 achievements in December 2011 alone.