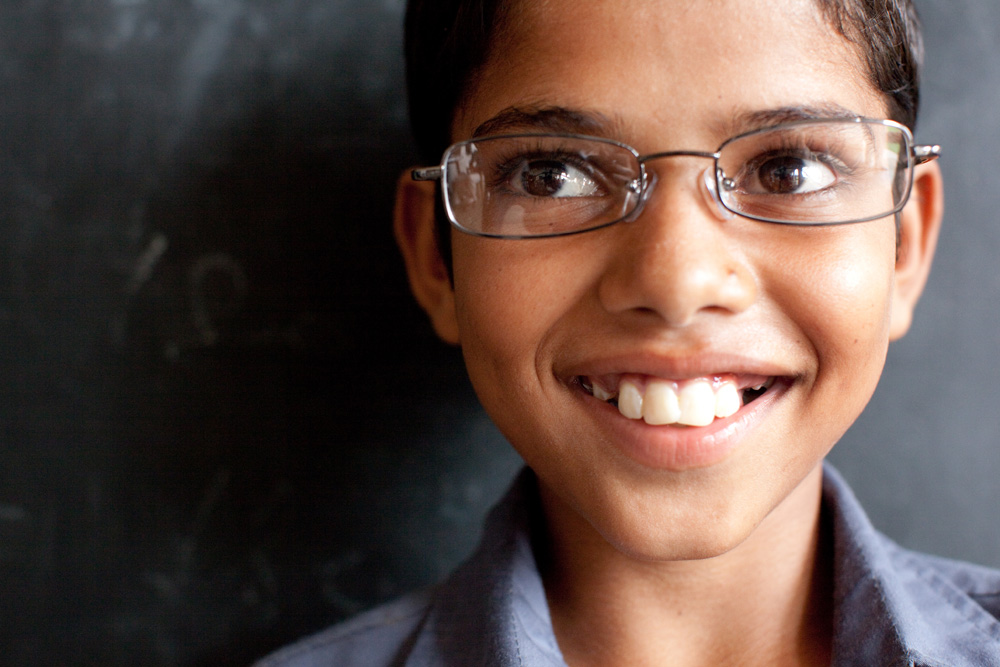 How socially good can a good-looking, successful company really be? So, so good. Warby Parker is the kind of company you’d want to take home to Mom. The New York City via Wharton Business School startup was just named one of Huffington Post’s 2011 Game Changers ranked among “the 100 innovators, leaders and role models who are changing the way we look at the world and the way we live in it.

Warby Parker is a humanitarian eye wear company that sells brilliantly designed glasses for $95–a quarter of most high-end retail prices. And just like TOM’S Shoes , for every pair you buy, Warby Parker donates a pair to someone in need, working with non-profits like VisionSpring. Not only does Warby Parker skip licensing companies by creating its own designs but it also bypasses the optical shops by selling directly to consumers online. (See the cost breakdown here.)

Worried that the glasses you buy online might not look good on you? Don’t. Warby Parker’s customer satisfaction scores are higher than that of Apple or Zappos, according to Net Promoter. First, you can virtually try them on online after uploading a photo of yourself. And if you still can’t decide, Warby Parker will let you try them on at home by sending you five different choices of glasses with return shipping included.

This spring, Warby Parker launched its Sunwear Collection, offering polarized lenses with custom frames for just $95 including a pair designed specifically for Invisible Children. At the end of last month, Warby Parker announced a $12 million dollar funding round, bringing its total to $13.5 million, with cash from Tiger Global, the Menlo Talent Fund, Andy Spade (of Jack Spade/Kate Spade), Ashton Kutcher and existing investors including Lerer Ventures, Thrive Capital and First Round Capital. Warby Parker CEO Neil Blumenthal is quick to point out that Troy Carter, Lady Gaga’s business manager is an investor in Menlo Ventures. Following the funding, the team has just settled into the Puck Building in SoHo, an apt celebration of the company’s literary roots. (Warby Parker is a name taken from two of Jack Kerouac’s earliest characters– Zagg Parker and Warby Pepper.)

When asked about TOMS Eyeware, which launched its own philanthropic sunwear line this summer (for a more costly $150/pair), Blumenthal says, “I think it’s good. This is a big market and we need more companies getting involved. It’s great they’re now addressing this issue that’s so important to us and it should be important to everybody. The scale is huge, approximately a billion people need glasses so the more people we have thinking about it, the better.”

To date, Warby Parker has distributed over 85,000 pairs of glasses. And while giving stuff away for free can often have a negative economic consequences, Warby Parker works with Vision Spring, Blumenthal’s previous nonprofit to provide them with funding and glasses so they can distribute glasses by teaching local sellers entrepreneurial skills, creating a sustainable, market-based model.

While Blumenthal builds a brand that he hopes will transform the optical industry, he’s earnestly proving that businesses can be forces for good and help spread positive change. Today, to celebrate its social good initiatives, Warby Parker is launching a new “Do Good” section of the site including information about the startup’s beliefs, the buy-a-pair, give-a-pair program and its recent certification as a B corporation.

“Glasses were invented 800 years ago and they’re so prevalent in the United States. I don’t think most people think about them but there one of the most effective problem alleviation tools in the world,” says Blumenthal.

According to Warby Parker’s new Do Good site, 1 billion people don’t have access to glasses that need them. That means that 15% of the world’s population is unable to effectively learn or work because they can’t see clearly. And according to Blumenthal, glasses increase one’s productivity by 35%, and one’s income by 20%. That’s the equivalent of creating an extra day’s work each week.

“One of the challenges we faced is that were trying to do a lot but we haven’t done the best job articulating that to people. What really drives us is to change the way companies behave but the only way to do that effectively is to change what we’re doing and explain why. This part of the website is going to walk through our philosophy – explaining what those stakeholders are to the community at large,” says Blumenthal.

Warby Parker’s website launched on February 15, 2010 and the company, started by four Wharton buddies including Neil Blumenthal, Andy Hunt, Jeffrey Raider and David Gilboa, has been profitable since day one. When they first started, the four friends promised each other 2 things; that they would work really, really hard to make this a reality and that they would remain friends throughout the process. “It’s easier said than done”, Blumenthal says. But the guys have managed to transplant from Philadelphia to New York City, all while living within a few blocks from each other.

When asked if Warby Parker might expand into other verticals, Blumenthal said, “This brand resonates with many other people so if there are other ways we can deliver exceptional value while doing good, we will absolutely do that.”

Amongst the stories on the new Do Good site, you’ll learn that Warby Parker’s eye ware is carbon neutral and the company makes donations to offset its international shipping burden on greenhouse gas production. The company even sponsors a local little league team in New York City. Blumenthal and his teammates try to make a trip out to local villages in the buy-a-pair, give-a-pair program at least once a quarter. The last time Blumenthal went out, he met with two farmers who had lost an entire year’s harvest because they couldn’t see the bugs on their crops. Now, with the help of new glasses, the two grandfathers are able to read to their 15 combined grandchildren every night.

Read next: YouTube and Lenovo team up to live-stream high school experiments from space