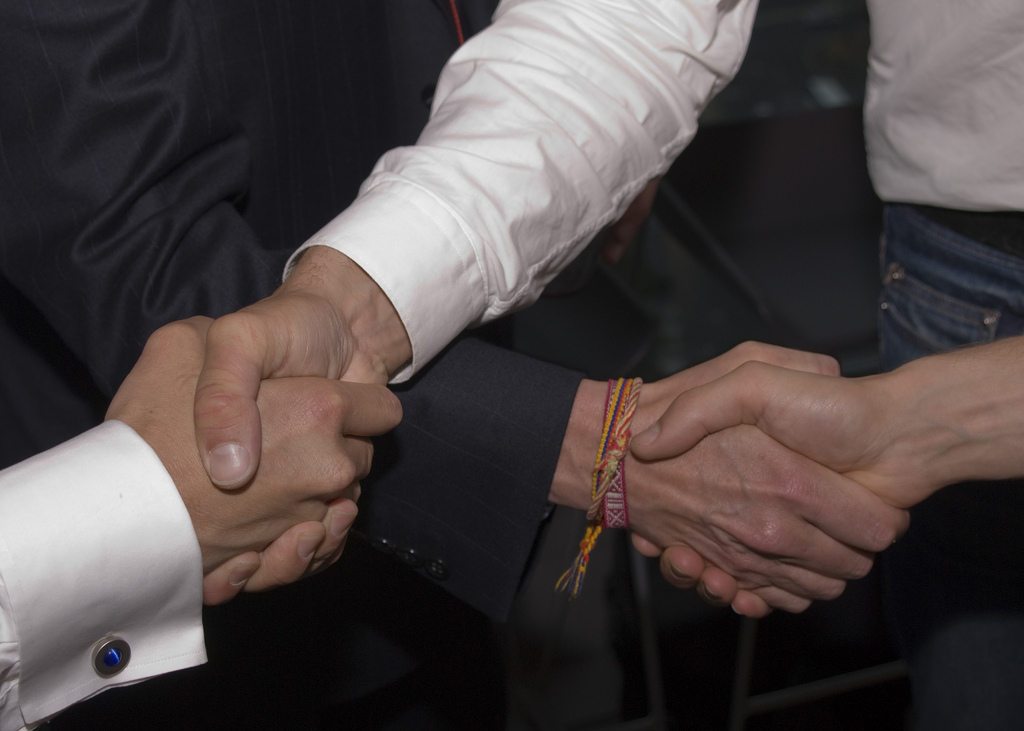 Boston, Massachusetts, defined by its prestigious universities and vibrant young startup scene, has maintained a reputation of excellence and entrepreneurial American spirit since its first epic Tea Party in 1773.

At the forefront of excellence and prestige is the Boston-based non-profit, MassChallenge, which bills itself as “the world’s largest startup competition”. MassChallenge is a very special kind of accelerator, as it is both an independent non-profit and does not take equity. Now, in its second year, MassChallenge is incubating 125 companies in its Boston waterfront offices, and each team is competing for $1 million in prizes. The competition is open to anyone in the world, for any new startup, in any industry.

This past January, President Obama invited MassChallenge founders John Harthorne and Akhil Nigam to the White House and honored MassChallenge as one of the nation’s top organizations for supporting high-growth entrepreneurs. MassChallenge also became the youngest inaugural member of the Startup America Partnership.

MassChallenge founder and CEO John Harthorne (pictured below) says the concept of MassChallenge was born in December 2008 when the world was in a deep, deep hole. While most were talking about the next Great Depression, Harthorne, a Senior Consultant at Bain & Co. had a Eureka! moment.

In January 2009, he and his co-founder Akhil Nigam, decided to quit their consultant jobs at Bain & Co. and launch MassChallenge. Both Harthorne and Nigam are long-time Boston residents, with MBAs from MIT Sloan School of Management and Harvard Business School, respectively. The next year, the two attended thousands of meetings, averaging 8 a day, trying to find the perfect model. They used a mirror as a white board and kept iterating. Finally, in January 2010, they found it. By April, they had raised $1 million in private funding to give away in the competition.

For MassChallenge’s first class, it received 450 applications from 24 countries. 111 teams were chosen, representing all industries and levels of development within the early-stage spectrum. The 4-month program held hundreds of training and networking events, workshops and job fairs. In the end, there were 16 winners; 4 teams won $100K and 12 teams won $50K from the MassChallenge million. The 111 teams went on to raise $100 million in total venture funding and created 500 new jobs in under 12 months. This summer, Ksplice, a 2010 MassChallenge winner, was acquired by Oracle, marking the first exit of a MassChallenge-supported startup. 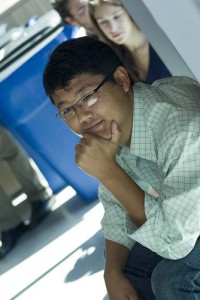 “We take these teams out of their moms’ basements and put them on the 14th floor of a sky-rise on Boston’s waterfront. We’re able to access the entire Boston tech community without limits,” says Harthorne. Currently, MassChallenge is based in Boston where innovation resources are highly concentrated — but there is no requirement for teams to create a physical presence in Massachusetts. Every entrant receives training, feedback, PR and networking support via expert volunteer mentors from partner organizations.

When asked why he chose to run MassChallenge as a non-profit program and not take equity in its companies, Harthorne says it took him months and months of soul-searching to arrive at what he believes is the perfect model.

“There’s nothing wrong with TechStars or Y Combinator or the others, but in reality, they are investors who also run an accelerator. The world had fallen into such economical and social depths because of greed… The system has been corrupted with its own excellence. Venture capital is in crisis. The industry has changed itself through its desperation to invest. Our society has become motivated by extracting profits, about eating slices of a piece, as opposed to creating more pie.“

According to Harthorne, the initial non-profit status generates a really amazing, virtuous cycle of generosity and resource donation that’s hugely beneficial for the teams. “We’re able to aggregate the best of the best because we don’t take equity,” he explains.

The fact that MassChallenge doesn’t take equity is why Lenny Grover, Founder and CEO of Screener.co, says it was the only program he considered. Claudia Espinola, the founder of Casa Couture moved from New York to Boston just for MassChallenge because she says, “Quite simply, this type of program doesn’t exist anywhere else…At MassChallenge, they give you all the resources you need to be successful, like in-depth training, top-notch mentors and access to resources you would never otherwise be exposed to. Unlike other incubators out there, MassChallenge doesn’t want equity or anything else from you except your commitment and passion to succeed. You have every resource you need here to win in business.”

But what if founders Harthorne and Nigam want to privately invest in these companies? “Well, none of us have any money,” Harthorne says laughing. “But we’ve talked with lawyers and it’s theoretically possible, as it’s not legally prohibited. For now, it’s far more important to us that MassChallenge works and it’s true to its philosophy. We didn’t launch this with the anticipation of getting wealthy. We just enjoy being near the growth and excitement.”

Harthorne says he wouldn’t allow himself or other MassChallenge partners to ever fund startups during the competition but imagines that once the results are announced, and companies are at least 6 months out that it would be fine.

The long-term plan for MassChallenge is to continually attract high-caliber individuals with a philosophy on goodwill. Harthorne and Nigam have demonstrated that the model works. Next, they will streamline operations and concentrate on sustainability. “While you can beg and borrow for 2 years, it might not work in the long-term, although it’s still too early to know for sure,” Harthorne admits. “But we are definitely looking to expand globally. Part of the beauty of our model is that it’s not dependent on one person.” Perhaps New York City will be next?

For MassChallenge’s second year, over 600 mentors applied, with only 200 making the “preferred list”. Preferred mentors include Joshua Boger, the Vice-Chair of the Board at Harvard Medical School and the founder of Vertex Pharmaceuticals, one of the highest growth stocks on NASDAQ; Jeff Taylor, a UMASS grad and the founder of Monster.com; Raj Melville, the Executive Director of University Initiatives at Deshpande Foundation; and angel investor Peter Parker.

For spots in the current accelerator program, which started on June 27th, 2011 and runs through the end of September, MassChallenge chose 125 teams out of 733 applications. We recently wrote about 10 of the 125 startups competing for the $1 million 2011 MassChallenge prize here. You may recognize a few of these startups as participants in other accelerator programs. For example, AfterSteps recently graduated from DreamIt Ventures’ first New York City class and Snapette just sprung out of Dave McClure’s 500 Startups. According to Harthorne, teams are allowed to be in as many accelerators and to receive as many resources as they can. “We do not put any limitations on entrepreneurs because we are here to help them win,” he says. 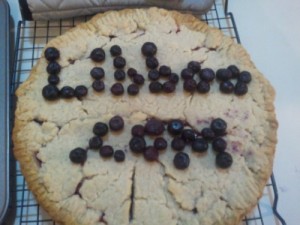 Christopher Kevin Howard, the Founder of Libboo who also took part in another business accelerator says, “If I were to sum up MassChallenge, I’d say it has made Libboo feel ‘real’ – we no longer think of ourselves as a budding startup but as a serious contender in disrupting an industry that is screaming out for change. It’s hard to articulate it in any other way…MassChallenge seems as disruptive to the business-accelerator industry as we hope Libboo will be to the publishing industry.”

One founder said he felt “it’s hard to feel like you’re getting a lot of attention when there are so many other companies” and that “the fact that there is a competition can detract a little from the expansion of your startup.” But overall, the response has been overwhelmingly positive.

“MassChallenge is excellent. Sometimes, we forget that these guys are a startup too, and are still continuing to evolve and refine their model. MassChallenge will undoubtedly continue to be successful because they really listen to what we (their customers) have to say and are always striving to improve and make things as relevant and impactful for us as possible. They are just as driven to succeed as we are.

Overall, it’s absolutely the best decision I ever made for myself and my business. In addition to getting me ready to push the launch button, I’ve made some life-long friends and connections here. This accelerator program should be available in cities everywhere. In fact, I’m committed to helping MassChallenge start a New York chapter of the program in the near future.”

David Paquette the CEO and founder of Biba Beverages says the greatest benefits of MassChallenge have been the amazing teams and the great staff the MassChallenge provides to help him in any way possible. “They have really made it easy to connect with mentors, advisors, investors and other successful teams. MassChallenge carries a powerful name in the public and being associated with it has opened many doors and been a point of respect for us from the business world here in Massachusetts. The network is massive and powerful and the prize money is sizable and very attractive!” he says.

Final judging takes place in October and 10-20 winners will split $1 million in awards. All judges are external to the MassChallenge team and include over 500 angel and venture investors, lawyers, tech experts from universities and successful entrepreneurs.

We recently wrote about 10 of the 125 startups competing for the $1 million MassChallenge prize in-depth here. Anyone interested in learning more about all the 2011 finalists can find a complete list with overviews and contact info here. Masschallenge organizers expect a significant acceleration of growth and job creation over the next 24 months and that the pace will only accelerate as more alumni are created each year.

The deadline for the next accelerator group is early spring 2012. And if you’d like to make a tax-deductible donation to MassChallenge, visit PayPal here.

Read next: Social Good: Not just a buzz word or marketing campaign