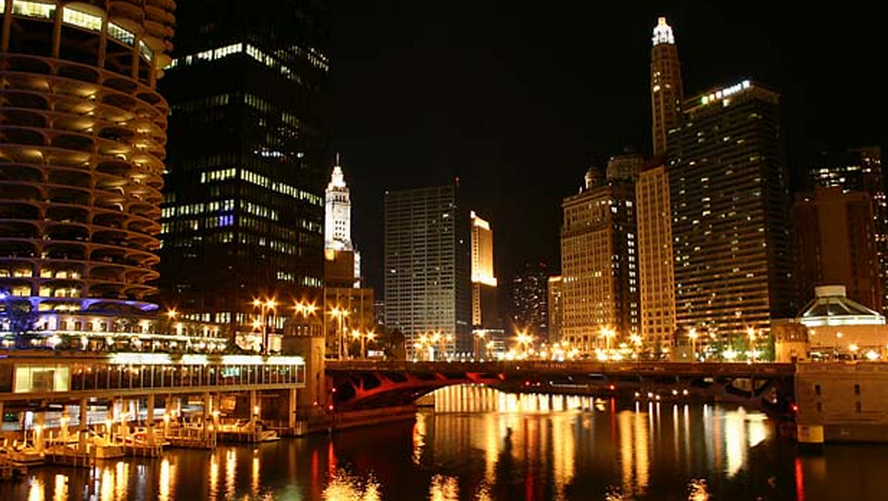 Chicago is working nights and weekends to become a respected technology hub, and not simply the ‘Groupon City.’ Momentum in Chicago, the nation’s third largest metropolis, is picking up, and fresh money is blossoming dozens of companies around the area.

Indications of this are cropping up all the time, for example hackathons are doubling in size every year. All the secondary signatures point to a growing technology scene: more conferences, meetups, parties, launches, demo days, and pitches. Being a ‘Chicago startup’ is beginning to have its own ethos, its own character.

In fact, as time goes on, if the potential in some of Chicago’s smaller firms is fully recognized, in no more than one or two years the Windy City will be known for much more than a ‘group deal’ website and its horrific weather.

But there is a downside to all of this. Chicago, unlike other places, is only just coming into its own in this way, and thus doesn’t have the same talent pool depth that other areas can lay claim to. In other words, Chicago doesn’t have access to as many hungry and talented developers as one might expect. This problem is more than minor. If companies need to expand, and cannot do so in a timely fashion, or have to hire less experienced developers than they need, this slows progress. Some companies are opening branches in the Valley simply to accelerate their hiring.

Local (and excellent) technology blog Technori put it like this:

So you’re looking for talented developers, huh?  Well you better grab a number and get in line because you’re one of literally hundreds of people hunting for them as well right now.

The shortage seems to be getting worse too. In discussions with certain Chicago-area developers, we were told that over the past two years the hiring market has become far more competitive.

There are several reasons for this that I have uncovered through talking to a number of local developers and entrepreneurs. We are going to look at each in turn, and find out why Chicago’s developer market is as tight as it is. At the end, we’ll take a look at what might change the situation for the better.

This is, frankly, the number one reason I was told that hiring competent development talent is as hard as it is in Chicago at the moment. Over the past year, as Groupon has gone on a worldwide hiring binge, it has kept much of its development work at home. The company has thus become a gigantic vacuum for coders, and as Groupon has always had money and a coming acquisition or IPO, it has had the star power to do, more or less, as it wants.

A quick scan of Groupon’s jobs page reveals that the company is still hiring, filling half of its engineering slots in Chicago, and the other half in Palo Alto, a much more traditional place to staff up a tech operation.

But even Groupon is having a hard time finding enough developers, as its recent acquisition of Obtiva evinces. Obtiva was a Ruby on Rails shop that Groupon had used as a flexible staffing solution; when it bought the company it had already been using many of its employees, but Groupon needed more. I’ve been told on several occasions that Groupon has an effective corner on the Rails market in Chicago.

There is also some animosity towards Groupon that can be uncovered by simply mentioning the company in certain circles. Some local entrepreneurs claim that Groupon has hired more people than it actually needs, causing false scarcity. We can’t comment on that directly, but that is an active, and somewhat common, sentiment.

Think back to when I told you that Chicago is currently enjoying an elevated amount of startup activity. This adds to the problem, as developers themselves are starting companies, thus removing themselves from the pool of available people.

Startup success leads to more people jumping on the founding bus, siphoning coding talent even further from the market.

In fact, this has another effect: the best and brightest are striking out on their own, thus whacking the top off the talent pyramid. Moreover, those that are now running their own company also want to hire the best coders. However, as so many of the city’s top coders aren’t available, sometimes they simply don’t fill a position, or place someone who lacks proper credentials in it.

Another source for this story said that they did not know of any developer in the city with even an inch of skill that was unemployed.

The issue of leaving Chicago for better opportunities is a touchy subject in the city. It’s usually said with a slightly dismissive shake of the head, followed by “so and so is in SF now.” Chicago’s citizens are very proud, and leaving is usually taken as a very light form of treachery, and some even complain that those who leave are actively harming the city’s tech community.

Contentious or not, it is a problem if you are looking to hire. But with the ‘hottest’ companies nearly always located in places other than Chicago, even if they might have a branch office somewhere in the city, it is hard to keep everyone rooted when job offers and stock options beckon.

The list of Chicago expats contains names that you would no doubt know, but I won’t highlight individuals to respect their privacy. That said, there has been a change in the winds, and all the startup activity going on is helping to keep people in the city, whereas before the founders might have ended up as product managers at Google or Facbeook. We’ll touch more on that directly now.

A year ago, no one understood Groupon’s finances, and everyone assumed that the company was nothing if not perfect. As it turns out, in the wake of the release of the firm’s S1 (its document filed to sell stock on the public market), both versions, there are clear cracks in the company. You won’t find people more critical of Groupon than in Chicago, due in most part to the massive attention the company commands. The critiques tend to run along a single line, that the company is a ‘ponzi scheme.’ While that is certainly not the case, the firm’s losses are turning heads. People are wondering why Groupon hired so much of the city only to build itself into an unprofitable business whose future some doubt.

Groupon will go public, that much is certain. But why it’s going public is a very interesting question. It is a common sentiment among non-Groupon affiliated companies that the company has nowhere to go to for more cash than the normal citizenry.

A Groupon failure, while very unlikely in the immediate future, would lead to the release of a large percentage of Chicago’s developers, and it would cause an instant glut. Even a significant downsizing could dramatically change the current market dynamics.

There are two other trends that are worthy of noting, however. The first is that the city’s talent retention rate, as we noted, is improving. As more seeds are planted, this patch of land grows more fertile. The communities and support structures that are required for a startup ecosystem to flourish are being grown. And so long as the money continues to flow, so should the stream of startups.

Finally, technology is cool again. Everyone and their Yahoo-using cousin wants to build a company so that they can have a movie made about them. I would argue, and I admit that I don’t have the data to back this up past anecdotes and time spent in a few Chicago universities, that interest in computer science, and general self-directed learning regarding coding, has increased. That is going to lead to more graduates than the city has had before. This could help create some slack in the market.

That’s all that we have on the topic for today, but we have two eyes on the issue and will bring you anything else that we can dig up. If you are from, or are currently located in, Chicago please leave a comment below about your own experiences with developers in the area.

Read next: Samsung unveils ChatON, a group-messaging app to rival iMessage and BBM