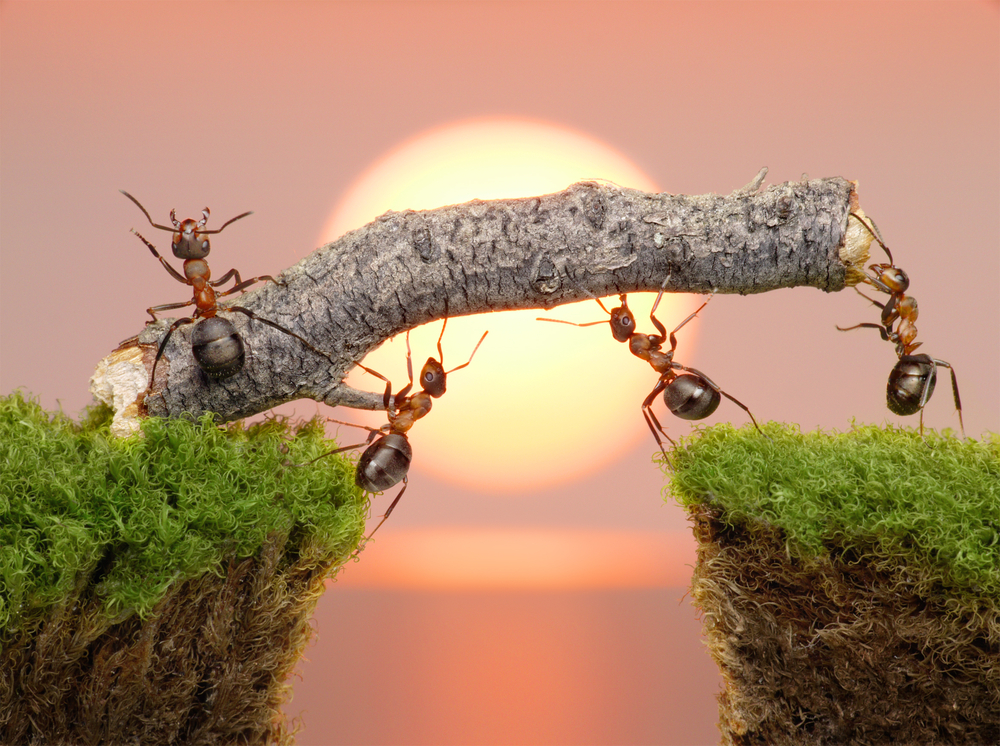 While technology has allowed us to live in what TNW Editor Brad McCarty refers to as “The Next Workplace,” corporate mindsets and mundane office life stands in the way of a truly progressive workstyle. Today’s entrepreneurs in New York City’s thriving tech scene won’t stand for reactionary ways. The city is home to several innovative incubators like Prehype and Betaworks, and early stage accelerators like TechStars, DreamIt Ventures, NYC Seed and ERA, all experimenting with new ways to cultivate young companies in the city that never sleeps.

There are various approaches to coworking in New York, a city known not just for its creative industries, but its creative abilities to make the most out of tight spaces. In fact, if the entire world’s population were to live as densely as Manhattanites choose to do, all 7 billion of us would fit into the state of Texas.

Union Square Ventures’ Fred Wilson has a brilliant explanation of why coworking is a growing trend:

“The main benefits of this kind of setup are camaraderie (small startups can be lonely), knowledge sharing, high energy, culture, and cost sharing. I have heard so many stories of software developers walking to the other side of the office to talk to software developers working for another company to talk about a thorny tech issue. That same thing can happen in finance, legal, bus dev, marketing, product management, really all parts of the business. You can get some of the benefits of scale without being at scale.”

Coworking spaces operate like startup campuses, providing eager minds with outlets and WiFi, as well as access to angel investors and VCs, serial entrepreneurs who act like mentors, and a fertile breeding ground for collaboration between entrepreneurs, designers and developers. To grab a spot in a coworking space, you must live and breathe New York City’s entrepreneurial spirit. Applicants include startup companies, freelance designers, developers, hackers, PR and marketing professionals, writers, students, lawyers, telecommuters and all-around brilliant, awesome people. Check out the 5 coolest coworking spaces in New York City. But don’t jump yet, most of these spaces below have wait lists in the hundreds.

General Assembly is New York City’s most impressive coworking space, located just around the corner from a number of notable investors at 902 Broadway in the Flatiron. The 20,000-sq ft “campus,” which opened in January 2011, was immediately booked to its 100-seat capacity.

Companies at GA include Art.sy, Fashism, Yipit, Profitably, DUBSET, Movable Ink, NewsCred, VHXand Food52. In addition to its shared office spaces, General Assembly has dozens of classes and lectures each week, many open to the public. Nearly every weekend, GA hosts a really engaging event like the upcoming Photo Hack Day (which we’ll be covering) or Startup Weekend.

Founders Brad Hargreaves, Jake Schwartz, Matthew Brimer, and Adam Pritzker, who are all just a few years out of college, received a $200,000 grant from the New York City Economic Development Corporation to launch the space as well as financial sponsorship from Skype, Ideo, Silicon Valley Bank and Rackspace.

The mobile app agency Fueled recently announced its expansion to 18,000 sq. ft worth of posh office space in Soho on the 11th floor of 568 Broadway. Founder Rameet Chawla says the space, called “The Fueled Collective“, shares a building with ZocDoc, Foursquare and Thrillist and offers treats like a popcorn machine, snack bar and year-round ice cream cart. While there are currently 20 startups already within the collective — most in stealth mode — the company is taking applications for 4-5 more.

To get a taste of what working in the collective is like, check out their new video titled “It’s Not an Office, It’s a Collective“.

The WiFi is excellent, the coffee is hot and you can expect to overhear conversations like this:

“Hey man, this magician guy named Criss Angel wants to pay someone like $150K for some of dev work on his website, can you do it?”

In February 2011, Projective Space (formally known as SohoHaven) was created by three brothers, James Wahba, Johnny Wahba, and Tim Wahba, located at 447 Broadway in Soho. The 5,500 sq ft space is home to 30 hot startups in New York City including Gojee, SinglePlatform, IndieGoGo, Uber, Wanderfly, TrialX and the incredibly cool FlyKly, makers of electric bicycles. Right now 70 people call the space home, with companies ranging from 2 to 12 person teams. “It’s a before and after place for startups that go to accelerators like DreamIt, Tech Stars and ERA,” says James Wahba. “We like to see companies that are referred to us by other companies in the space. And we don’t accept non-tech teams or companies that aren’t progressive. We don’t want people making cold calls all day here.”

Projective Space seems to be quite the hot bed for success: 2 companies have sold in the past 6 months, several have been accepted into all star accelerator programs and not one has fizzled out. This fall, Projective Space will be opening up another campus– a beautiful, 7,200 sq ft space in the Lower East Side on Grand and Allen, which will cater towards events, meetups and demo days and partner with local accelerators like Tech Stars and The Founder’s Institute.

Union Square Ventures’ Fred Wilson calls New Work City the “grandaddy” of NYC coworking spaces as it has been operable for the past 4 years. In August of last year, founder Tony Bacigalupo raised $18,000 on Kickstarter for its new open coworking space and community center, located at 412 Broadway in Little Italy. The exposed-brick den has a dedicated, expandable classroom designed to facilitate community-powered education through a platform that is designed to connect people who want to teach with people who want to learn.

New Work City is one of the most open coworking spaces in Manhattan, and there’s no application process. The facility is open 9 a.m.-6 p.m., Mon.-Fri. and includes a maximum of 80 workers in the space, otherwise it would get pretty tight.

“New Work City, an exposed-brick den of freelancers… open to anyone who can obey the simple house rules… 1. Show up, 2. Bring some work to do, 3. Don’t be a jerk.”

Cost: $30/day for drop-in. $100/month to work in the space up to four times per month, and book conference rooms in advance. $300/month for a Citizen Membership to work in the space as often as you like during regular operating hours. You’ll also get a locker and the ability to use NWC as your business’s mailing address.

And if none of the aforementioned are your cup of tea, here’s a list of other coworking spaces in New York City to check out:

“The move to co-working is a move from a culture of me to a culture of we,” said Rachel Botsman, the author of  What’s Mine Is Yours: The Rise of Collaborative Consumption. “People are looking to express their individualism but want to do it in a more social way. They’ve experienced how to do that virtually on Twitter, Facebook and elsewhere. Now they’re looking for that face-to-face interaction.”