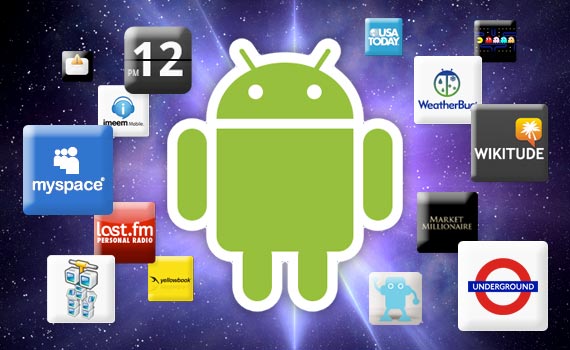 As I’ve said a few times before, I’m a big fan of what many accelerators and incubators are doing for the startup ecosystem around the world. In my coverage of TechStars over the past few months, I’ve talked at length about how a mentorship system can make the difference between a startup that succeeds and one that fails.

What I’ve found interesting as time has moved on is that I’ve started to see pitches from other incubators as well. While many of them are exactly what you’d expect, there are other ones that are a bit off the beaten path too. Sometimes they specialize in eco-sustainable, world-changing businesses (such as is the case with COMMON), other times they only deal with startups that are aimed at a certain direction.

The latter is precisely where Tandem falls. It is the first accelerator that I’ve seen that deals only with mobile development. But beyond that hyper-focus, there are some other parts about Tandem that make it entirely unique in the accelerator culture.

I had the chance to talk yesterday with Tandem’s Doug Renert, described on the incubator’s bio page as “The Dealmaker”. Renert gave me some examples of Tandem’s shining stars, as well as some insight into how the incubator works.

First off, the question had to be asked – Why limit yourself to being only involved with mobile? To answer that, Renert brings about a couple of points. First, the team feels that mobile is going to be revolutionary over the course of at least the next 5 years, so it’s a very solid space to be in. Beyond that, though, being hyper-focused allows you some advantages over incubators that are more varied in their coverage.

“As investors and mentors and collaborators, you get better and better at the particular space, and your networks grow.”

The obvious problem is that you can find yourself in a position of having too many companies that compete directly with one another. This is an area where Renert says that Tandem has had to be especially careful, but he’s also quick to note that the value that the network of similar focus can bring is invaluable.

“There’s one very interesting topic here, and that’s how do you decide who you’re going to take? We’re [accelerators and incubators] all getting hundreds if not thousands of applications and the big question is how important is the idea versus the people?”

Renert posits, as most of the tech world has learned, that the team far outweighs the idea. “We are almost exclusively looking at the people. They have to build great products, but all of our companies have ended up doing something at least somewhat different than where they started.”

The main area where Tandem differentiates itself, outside of an exclusive focus on mobile, is that it doesn’t have a pre-set time for its program.

“We engage as long as need be, while a business is clearly on the path. Obviously if something isn’t getting where it needs to be we’re not going to keep blindly running down that path but we have decided to not do a defined period and demo day as many other incubators do. We take them out when it’s the right time, introduce them to the right people and get them into the public.”

Beyond that lack of a time limit, Tandem also makes sure that funds aren’t a problem by starting every company with $200,000 in seed capital. “They can make it last however long. Some teams bring in money alongside but we give them $200,000 in a convertible note and it’s very startup friendly.”

But does it work? Looking at the portfolio, it obviously does. Tandem backed Zecter, which made ZumoDrive and the team was acquired by Motorola in December of 2010 for an undisclosed sum. However, Renert says that the team had a chance to raise a larger round but liked Motorola’s plans as the better options.

Another notable success comes from PlayHaven, a company that focuses on mobile game marketing. The team started out with 2 people and now has more than 700 mobile developers and companies using its platform. “They’re building out the team as fast as they can they have rapidly increasing revenue and we’re very bullish on that business.”

This boutique methodology might not be the right approach for everyone, but it’s showing to be a viable, money-making approach for Tandem.

Read next: The software heist of the century, or a modern art masterpiece?