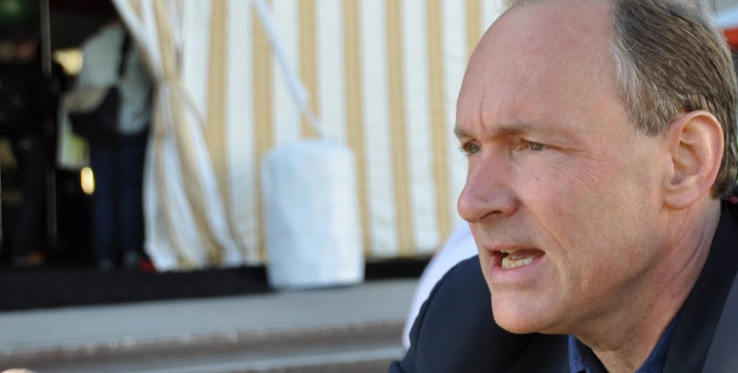 One of the many fascinating things that came out of our piece earlier on the 20th anniversary of the World Wide Web’s public release is the names that were thrown around before “World Wide Web” was settled on.

Did you know that not only was the” Information Mesh” considered but “The Mine of Information” was also in the running? Somehow I can’t quite imagine either being said nowadays but had one of them been chosen, I also imagine I’d be writing this and smiling amusingly about something being called “World Wide Web.”

According to WWW founder Tim Berners Lee, in his book Weaving the Web, the reason both were turned down was because “The Information Mine” abbreviates to TIM (Berners-Lee’s first name), and “Mine of Information” was turned down because it abbreviates to MOI which is “Me” in French. Both were presumably far too possessive. The Information Mesh was rejected because, in Tim’s own words, ” it sounded too much like “Mess.”

Berners Lee says World Wide Web was settled on because it:

“…stressed the decentralized form allowing anything to link to anything. This form is mathematically a graph, or web. It was designed to be global of course. “

Interestingly the first browser, also invented by Berners-Lee, was called the WorldWideWeb (no spaces). The first build was released on Christmas Day 1990 and it was already capable of downloading and displaying movies, sounds and any file type supported by the OS. Berners-Lee released the program to a number of people at CERN for testing.

Equally interesting, for you Linguaphile’s out there, is that even though worldwide is a valid English word, Berners-Lee insists it is spelled World Wide Web not Worldwide Web.

It’s worth noting, the WWW is just one of the many services that operate on the Internet, other services include e-mail, newsgroups and FTP. That being the case, had “Gopher“, another service working on the Internet, and an alternative to the World Wide Web, succeeded we may have been surfing the Gopher rather than the WWW.