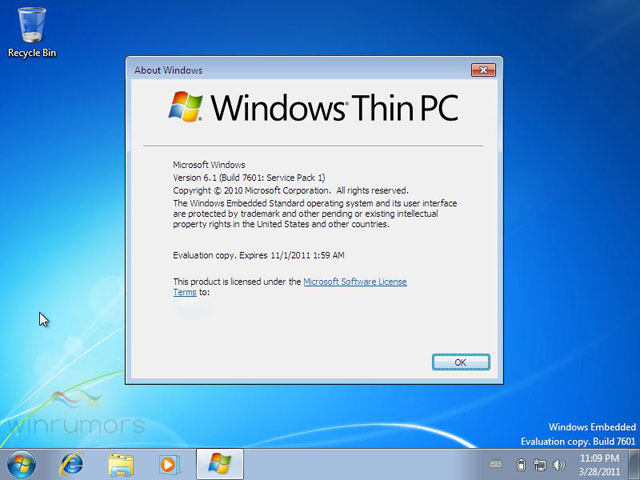 By now it is common knowledge that ebooks comprise an ever-growing slice of the book market, and are quite likely to become the dominant book format in the next quarter century. Quick, simple distribution, ease of sale and purchase, and the ability for extensive continuing revision make ebooks a format that is a winner for both publishers and readers alike.

But  there is a disturbance in the book market’s dynamics. Authors have realized that the advantages of ebook publishing, in many cases, allow them to bypass their old publishers and strike out on their own, taking a much larger cut of the profits along the way. After all, if you can make more money, why not?

But despite the lure of increased royalties per copy, can the average writer competently execute the roles of both publisher and author?

It’s an interesting question, as the market forces that have allowed authors to effectively self-publish and keep a larger portion of their sales have also made it simpler for any individual to leverage sufficient resources to become a one-person publishing house. The Internet allows for authors to find, and collaborate, with excellent editors, artists, and formatting specialists to create a truly professional-grade book in both print and digital formats.

But is that for everyone? Will all authors want to take on that massive workload that they had previously passed of to their publishers? Many will, the money is simply that much better. How much better? Imagine your cut of a book sale going from 15% to 70%. It’s a revolutionary change. But not all authors are going to want to take time that they had previously spent writing and run their own personal publishing outfit. After all, every moment spent haggling with an artist over cover art is a moment spent not writing.

Then again, no savvy author wants to simply continue giving nearly all the revenue from their work to a company who they could likely replace, at least in most respects. Want proof? J.K. Rowling, of Harry Potter fame, is setting out on her own.

So for the author who doesn’t want to lose the support of a publisher, but wants a bigger cut, something that traditional publishing houses can’t afford, is there a middle-of-the-road option for them? As it turns out, not currently, but that seems to be about to change.

Enter the concept of estributors, the brainchild of J.A. Konrath, ironically one of the largest and most famous proponents of author’s striking out from their publishers and going it alone.

What is an estributor? We’ll start with Konrath’s explanation of the idea:

A facilitator who could be a buffer between the author and the business end of self-publishing. I called this position an estributor.The more I began to self-publish, the more I realized what a time suck it was to take care of all the non-writing parts of the job. When you go indie, you essentially become a small business, and take on all the responsibilities for running that business. That cuts into writing time. Doing quick and dirty assessment of my time management and my productivity, I concluded that I could make more money if I gave an estributor 15% to take care of the business side for me, because my increased writing output would more than make up for that cost. Plus, I’d be happier, because I’d much rather write for a living than run a business.

There is movement towards this becoming a reality. Agency Dystel & Goderich is now offering services to its authors that are shocking similar to what an estributor would. But they are toeing the line, as their bread and butter is still representing authors and landing big-dollar legacy contracts. Still, the move is crucial as it shows that diverse players in the marketplace are sitting up and wondering how they can jump on the ebook train, and not miss out on new opportunities that crop up as the traditional world of publishing crumbles around them.

If Konrath’s numbers are correct, meaning that they represent a functional business plan, the idea could represent a sweet spot: Authors can write a book, sign on to a top notch estributor, and have all the details managed, for a livable cut. They still make far more money per sale than they would have with any traditional publisher, but avoid the headache of being completely independent.

Now, for the estributor, they are in effect investing a certain amount of capital into each book that they publish, putting together its editing, cover art, formatting, and promotion. And they are wagering that whatever cut they negotiate for a set period (Konrath says 15%, but might be a bit low), will more than cover those costs, thus earning them a profit.

I would bet that for an established author, the 15% rate is a working number for both the writer and the estributor. As the established author already has some form of brand recognition and fan base, his next book is much more likely to sell well than the first tome of a new author. Therefore, for a newer, unproven author, I suspect that a higher rate for their estributor will have to be negotiated. This will help reduce risk for the estributor. But still, at a cut of 30%, or so, the author is still flipping the old ratios in their favor. And, as an author and the estributor that they work with grow their relationship over the course of multiple books, rates could be re-negotiated simply on a title by title basis.

But what about Amazon: How do they fit into this picture? The company takes 30% of the sales price of a digital book at or over the price of 2.99, a fat margin. This is pure conjecture, but I would guess that in the future, for volume accounts, i.e. big name individual authors and publishers, Amazon will offer a slightly better rate, perhaps reducing their cut by 5 to 10%. That may not sound like much, but over tens of thousands of sales, it adds up.

Why would Amazon do so? Because it wants to keep its crown as the place to sell independent books. Nook is a viable threat to the Kindle crown. And if Amazon does make that sort of rate cut, it would in fact become more economical to run books through an estributor than to go it alone, as they have, literally, the price economies of scale.

Leaving that line of thought, let’s take another look at publishing from the perspective of a young author looking to break into the ‘big time’ with their first book. For that person, would it not be better for them to attempt to land a big publisher, in hopes that the company would drop ad dollars into their work, giving it a much larger sales potential? The answer is a firm probably not. Over the course of talking to several authors during the last year, the tales that have reached my ears have always been the same: Major publishers are putting nearly no promotional money into first books by new authors, as they feel that there is a better return to be earned by investing that money into sure-fire hits (big name authors, books that are tied to movies and brands, etc). One author said that she was assigned to a publicity ‘expert’ who advised her to ‘get on Facebook’ and attempt to push her book there. Then the expert disappeared.

What I mean by noting that example is that only the biggest titles are given any serious marketing support by legacy publishers, leaving estributors and their low-cost, low-cut model financially viable as they would not have to invest much in per-title advertising to be competitive. Of course, every author always wants the most publicity cash that they can get their hands on, but at least estributors won’t have to treble their per-book investment to compete.

This entire post has been a mental exercise, but one that I hope you found to be illuminating. Remember: Every industry that dealt with the physical distribution of data is ripe for revolution, and you would be hard pressed to find a more hidebound example of this than the book industry.

And finally, Amazon is the market leader in ebooks right now, but that does not mean that other players won’t rise and match it. We are currently living in the infancy of the ebook market, and that is good for authors, readers, and perhaps even the estributors that have yet to be established.

Read next: South Korean Schools to Replace All Textbooks with Tablets