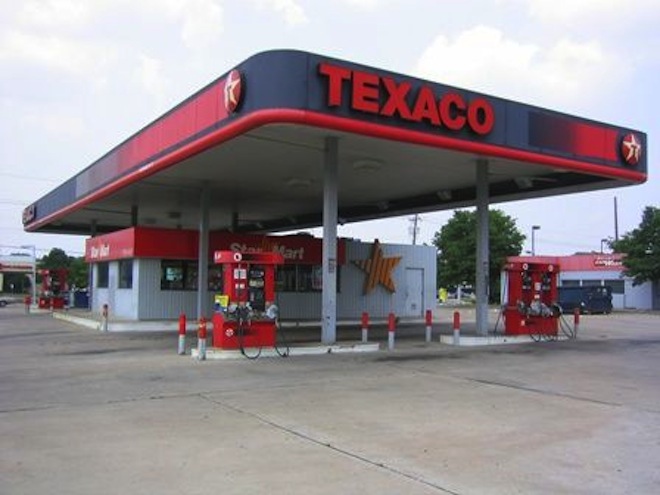 We have gotten a response from GasBuddy’s Dustin Coupal. It is included below.

We review a lot of apps around here at TNW. In doing so, some of them stay on our devices for personal use, but most of them we just tell you about because we’re positive that TNW readers will find them interesting. Out of every 20 apps that I review, I might actually write about 5 and then keep 1 for personal use. I say that to put it out there that apps reviews around here are kept to a pretty high standard.

When I first wrote about SmartFuel for The Next Web, it was shortly after meeting with Iridium Development CEO George Sibble. Even though I wasn’t an iPhone user at the time, I knew that iPhone users were going to love this, and surely enough they did. When the latest release came out, we gave it another look and I even grabbed it myself, given that I do about 450 miles in my car every other weekend.

Mind you, I’ve personally reviewed this app before, on a loaner device. Now that I’ve downloaded it on my own, personal phone, I know beyond any shadow of a doubt that it’s a quality application. So imagine my surprise when I noticed, in the App Store, a couple of 1-star reviews. Taking a look at them, the information in them didn’t quite add up either.

Now, before I got a chance to get screenshots of all of the reviews, there was only 1 left in the store. It seems that Apple had already caught on that someone was leaving bogus reviews and the company was keeping up the high App Store standards by removing them. But, given that I did manage to catch one, here’s what I saw:

I found it a bit strange, as I know how SmartFuel works, and it’s actually not possible for the app to display incorrect pricing. It pulls data directly from transactions, and that means that it should always be accurate. So, being curious, I wanted to see who left the review, then see what they had to say about other apps. The reviewer is known as Jayco_Sk and had left some pretty scathing reviews across the Travel apps section, with the exception of GasBuddy, where the user left a 5-star review.

So let’s dig a little deeper, shall we? A quick Google search for the name “Jayco_Sk” shows that a user by the same name has submitted and/or voted up some items on Digg, all related to GasBuddy. Interesting, to say the least, but maybe the guy’s just a big fan. But then at the bottom of the page, there’s a link to a Gowalla user, by the name of Bob Hammond. Looking at the profile, Bob has only had three checkins, nothing related to the mystery at hand, but he does have his Facebook page linked. Clicking on that, we’re taken to a different name entirely – Jason Toews.

So naturally, I’m now curious as to who Jason Toews is. Another Google search leads me to many listings related to GasBuddy, including listing his name as the media contact for, co-founder and CEO of, none other than GasBuddy.

But the plot gets a little thicker, too. A couple of days later I noticed that the review had changed, but also changed a second time a day later:

While there have been widespread reports of reviews coming up missing on the App Store in the past day or so, it’s worth noting that the first of the three 1-star reviews disappeared 4 days ago, far before reviews for other apps went away.

Regardless, if you’re the co-founder of an app, it’s never the right move to slam your competition, even if you’re hiding behind a fake name.

So what are your thoughts? Does this happen more often than we hear? Are we making something out of nothing? If you have stories to share with us, you’ll be held utterly anonymous. Just drop us a line to [email protected]

Update — An email has been sent to me by GasBuddy’s Dustin Coupal. I have included it, in full, below:

I am not sure what you are referring to.  If there are negative reviews of other gas apps, they are likely posted by some of our millions of GasBuddy members and fans.  As you know both negative and positive reviews are open to the public.  Based on what I have seen personally, there are many apps in the app store both gas apps and others that rightfully deserve negative reviews.  Some of our GasBuddy members are extremely dedicated fans, and it may be possible that they spend their time unjustly rating other apps. For that apologize but unfortunately that is something we have little control over.

That being said, internally we certainly do not have an agenda, nor do we have an interest in posting negative reviews of other apps.  It has taken us 11 years to get GasBuddy to where it is today, and we are too busy with day-day management of the app and website to spend our time bashing competition.  We are morally above that and too busy to be wasting our time doing that.   We have seen many “competitors” come and go over the past years and we continue to focus on making GasBuddy better.   We strongly agree with one of your recent blog posts:  “Forget competition, focus on motivators”.  We have always subscribed to that thought process.

On another note, we have noticed that you have personally made a number of negative comments regarding GasBuddy in the past 6-12 months and I see that you do work with the SmartFuel folks and I would like to learn more about your interest in the SmartFuel app and why you do not like GasBuddy.  Trust me…we are not bad guys and we are proud of the product we have built!

Feel free to give me call if you wanted to discuss further.

You can find my response in the comments, below.

Read next: At last: The NoDo update is now available for all WP7 owners