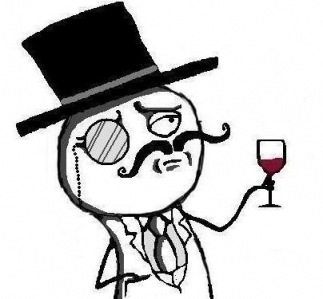 A report from Reuters is indicating that hacker group Lulz Security (LulzSec) broke into a public portion of the Senate website over a weekend and claimed responsibility for that attack in a Tweet Monday. Now, for the second time in a week, the group has broken into a public senate site and downloaded information.

“They’re getting nothing but the attacks continue,” Senate sergeant at arms Martina Bradford told Reuters, “We’ve been able to stay ahead of the hackers and keep them out of the main Senate network.”

In addition to the Senate website the LulzSec group, which has yet to claim this latest hack, has also performed attacks on Sony BMG, Nintendo.com , Sonypictures.com, PBS.org, Fox.com, US X Factor contestant database, Sonymusic.co.jp, InfraGard (a company affiliated with the FBI) International Monetary Fund and Lockheed Martin, Citigroup, and Michaels stores.

At this time, CIA.gov, the official site of the Central Intelligence Agency, is also unresponsive to browsing and we have reason to believe it has faced the same fate as the other prominent sites. LulzSec has seemed to claim responsibility for the CIA site going down with this Tweet, posted Wednesday evening PST, stating “Tango down – CIA.gov – for the lulz.”

There has been a string of hacking attempts against various institutions in the past two weeks. LulzSec has also performed attacks against Bethseda Software’s Brink gaming servers, claiming that they took source code and database passwords but not info from Brink user accounts.

Please find enclosed everything we took, excluding one thing –
200,000+ Brink users. We actually like this company and would
like for them to speed up the production of Skyrim, so we’ll
give them one less thing to worry about. You’re welcome! :D

We are continuing to investigate this story and will update it with further information as we find it. Please refresh this post.

We’re hearing mixed reports, one of hacking, one of DDOS for the CIA.gov site. Email us with more info if you have it tips[at]thenextweb.com.

Lulzsec has issued a release of sorts:

This is a story all about how we made Bethesda Softworks, ZeniMax Media, and everything they own, our bitch for life.

As you should know, The Lulz Boat stores vast amounts of booty; much of this booty we don’t release as it’s simply too shiny and/or delicious. As of late, certain inferior sailing boats have discovered flaws in Brink (brinkthegame.com), thinking themselves exciting and new.

Too late. The Lulz Boat controls this ocean, chumps.

Some weeks ago, we smashed into Brink with our heavy artillery Lulz Cannons and decided to switch to ninja mode. From our LFI entry point, we acquired command execution via local file inclusion of enemy fleet

Apache vessel. We then found that the HTTPD had SSH auth keys, which let our ship SSH into other servers. See where this is going?

After mapping their internal network and thoroughly pillaging all of their servers, we grabbed all their source code and database passwords, which we proceeded to shift silently back to our storage deck.

Please find enclosed everything we took, excluding one thing – 200,000+ Brink users. We actually like this company and would like for them to speed up the production of Skyrim, so we’ll give them one less thing to worry about. You’re welcome! :D

We’ve tried contacting Lulzsec via the contact details here but to no avail.

CIA.gov appears to be creeping back to life. Down for some, live for others.