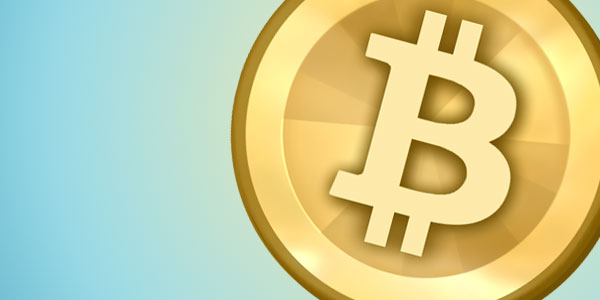 Bitcoin is a peer-to-peer currency with no centralized authority, that provides some level of anonymity to its users. Those behind it claim that it has the potential to change the way our economies work.

But you already knew all of that: Bitcoin has been around for quite a few years, but in the last few months it has received more attention and discussion than in its whole lifespan. This attention, in tandem with the limited supply of currency, has seen huge, leaping increases in the value of each Bitcoin in USD.

By now, most of us know at least a little about it. But how did it begin, and why? What do economists think of Bitcoin?

Bitcoin was officially announced by its creator, Satoshi Nakamoto, in January of 2009. As a group that largely sees themselves as revolutionaries, the Bitcoin community uses terms for this day that have an almost religious air: the dawn of time is one such phrase. This is the day that the first Bitcoin block was generated, something you’ll hear referred to as the Genesis Block.

A “block” contains a record of transactions and forms part of a chain that represents every transaction ever made over the Bitcoin network. Each computer running Bitcoin has a full copy of this transaction history, and contributing to the chain by having your computer’s client contribute a full block of transaction data collected through the network rewards newly minted Bitcoins — currently at a rate of 50 per block.

This reward rate is designed to decrease over time. One of Bitcoin’s more unusual aspects is that there’s a cap on the number of coins that will ever be generated. That number is 21,000,000 Bitcoins, or BTC in currency shorthand, and the network adjusts the time it takes to complete a block and the reward distributed for completing one over time so that this cap isn’t reached too quickly.

Having your client complete new blocks and collect the reward for doing so is commonly referred to as ‘mining’.

As it becomes more difficult to create new currency and more people express an interest in Bitcoin, the value of the currency has continued to rise at a rapid rate. The built-in scarcity of the currency suggests that this growth in value is by no means nearing stability.

On the 9th of February, 2011, two years and one month after the creation of the Genesis Block, the currency reached parity with the US dollar, trading at a one-to-one cost.

Today, only a few months later, Bitcoin is worth US$14.41. You can see how much that figure has changed by the time you read this by checking Bitcoin Charts Markets, which aggregates data from across various exchanges.

Nobody is really sure who Bitcoin creator Satoshi Nakamoto is. The name is a pseudonym, and we know that he is from Japan, started work on Bitcoin in 2007 and passed on the reins of the project and stepped down from any involvement in 2010.

Beyond that, the details are scant. He works hard to cover up his real identity: he has used two known email addresses, one from anonymous mail service Vistomail and another from a free webmail provider. Reportedly, he only used these when connected to anonymity network Tor.

Nakamoto included information in the Genesis Block that pointed to The Times article “Chancellor Alistair Darling on brink of second bailout for banks” as a clue to his motivations for creating Bitcoin.

“Governments are good at cutting off the heads of a centrally controlled networks like Napster, but pure P2P networks like Gnutella and Tor seem to be holding their own,” he once said in a cryptography mailing list post. That’s perhaps more telling of his thoughts on economics and politics than anything else.

While Bitcoin has many goals, not all of them have yet been met. We can expect that the project’s developers will work towards improvements where there are holes in the coming years.

Bitcoin’s purpose is to provide an alternative to the centralized, traceable currency of most countries. With Bitcoin, we have a scarce decentralized currency that has no single point of failure, nor an authoritative issuing authority. The network itself makes the decisions.

Given Nakamoto’s clues in the Genesis Block, I think it’s clear why this is a defining feature of Bitcoin.

Bitcoin’s community considers anonymity to be an ideal property of a digital currency, and while this isn’t a defining feature of Bitcoin yet, it’s certainly doing better in this regard than regular financial systems. But untraceable transactions are not an inherent part of Bitcoin at this point, and given the architecture of the system they will probably never be, regardless of the importance the community puts on anonymity.

Nakamoto’s rationale in his paper (PDF) succinctly lays out his thoughts on why a cryptocurrency is necessary: we need a currency that requires no intermediaries in transactions, that does not require a trusted third party to verify transactions and prevent double spending, that protects itself from attack through the network, and depends on no single, central authority to serve as a point of failure when things go wrong or to issue new currency.

One might say that Bitcoin is an anarchist perspective on money with use cases for people of all ideologies.

There’s a common myth that Bitcoin is anonymous. It’s certainly much more difficult to identify a Bitcoin user than, say, a PayPal user, but if you’re doing something sensitive — or god forbid, illegal — you need to be careful.

Because every Bitcoin transaction is publicly broadcast across the network, it only takes one piece of personally identifying information in connection with one transaction from your computer to attach all other transactions you’ve made from that client with your identity.

Because your transactions can be linked together, some prefer to say that Bitcoin is at best pseudonymous. It’s possible for an investigator to put together enough information to get a decent idea of who you’re involved with and what you’re interested in buying, particularly if you’ve been involved in transactions with others who have made their Bitcoin address public.

Those behind Bitcoin provide advice on staying as anonymous as possible. They suggest using new addresses for every transaction — which only makes tracing the path more difficult — and ‘laundering’ Bitcoins through a service like MyBitcoin. But as they say, even that approach has its problems: if your deposit is more than 10% the number of Bitcoins held by such a service, you’re likely to get your own coins back when you withdraw them to another client.

Just about every topic that falls under the banner of economics comes with raucous debates from all sides. There are people out there to this day who emphatically believe the gold standard was a good idea. Aspirations that one would think every human being shares, like the pursuit of wealth, are counter to the thesis of certain ideologies like Communism.

Bitcoin is, of course, no exception.

One of the hot button issues around Bitcoin is in the way it disperses early-stage currency. The system of mining, because it decreases rewards over time until it stops altogether, means early adopters come out ahead — way ahead, in a situation where large percentages of the total number of Bitcoins ever to be made end up in the hands of the first miners.

Some take it a step further and claim that the ideological rationale given for Bitcoin is just a smokescreen for its true purpose as a get-rich-quick scheme for those founders and early adopters. These people claim that those driving Bitcoin right now are working to build a currency to a point where it has a reasonably strong economy so that they can cash out and leave it hanging.

Of course, this contention ignores the fact that in order to develop said strong economy around Bitcoin, those early adopters are going to need to spend their large reserves of the currency within that economy. Even though each Bitcoin is valued at nearly 15 times the value of a dollar at the time of this writing, the currency is effectively worthless if merchants don’t have a good reason to accept Bitcoins. An active economy and a high demand for Bitcoins that enables merchants to turn the currency into dollars is a necessity.

A related issue is built-in deflation. Because of the way in which the minting of new Bitcoins is slowed over time, their value continues to skyrocket while the dollar devalues against it.

One of the problems that those with new ideas, new businesses, new web apps must face is user adoptioner. With new currencies, this is even more of an issue — it’s easy to be skeptical of this sort of endeavor. So when Bitcoin does attract new users, they and those who joined before them need to be spending Bitcoins for any sort of economy to develop.

When a currency is predictably deflating, nobody wants to spend that currency. They want to get their hands on as much as they can and hold onto it. It’s not a problem with the people, but the system — you’d be crazy to spend your deflating currencies while you hold inflating currencies.

That said, the Bitcoin economy is making transactions worth hundreds of thousands of BTC every day, according to the Bitcoin Report. That’s a blip next to the billions that big governments move around every week, but it shows that there are a substantial number of people out there willing to exchange their Bitcoins for goods and services. There’s still hope for it yet.

There are problems with the headless, peer-to-peer infrastructure that Bitcoin employs. There’s an immense amount of data being processed by every Bitcoin client — remember that every user has a full record of every transaction ever made with Bitcoins on their computer, and as the network grows bigger as more people install clients it takes longer for transactions to move between buyer and seller.

It’s fairly early on in Bitcoin’s potential timeline and we’re already seeing five to ten minute delays between sending money and receiving it.

There is a ‘light’ client in the works that will store block headers only, not their full content, that is purported to fix the problem. We’ll see how well it does that.

A Wave of Adoption

To the surprise of many, we’re seeing more and more merchants start accepting Bitcoin. You can gamble your Bitcoins at online casinos. You can spend them on Alpaca socks. You can fund your World of Warcraft or Xbox Live addiction with game time and currency vendors. You can host websites or pay for design work.

Bitcoin could see huge setbacks if the U.S. government cracked down on it. Armchair economists may be right about the problems with the system. But if people using Bitcoins to buy and sell goods and services is all that is necessary for the currency to work, it sure looks like it’s already there.

Read next: Mobile phone radiation: what you need to know