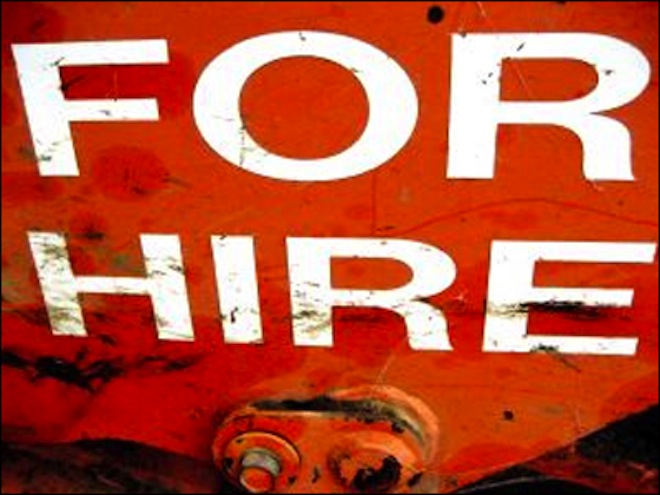 If you only looked at the numbers then being a freelancer is probably one of the most rewarding, secure jobs that you’ll find. Based on statistics from freelance powerhouse oDesk, money earned by freelancers has increased 325% since 2009 and the hours worked have increased 211% for the same.

But that’s not the whole story. Being a freelancer is a challenging job. There’s almost always someone who will do the work that you do cheaper than you can afford to do it and a worldwide decrease in the amount of available jobs has pushed more people into the freelance market.

How do you stay on top in a market like this? According to oDesk CEO Gary Swart it’s not entirely difficult, nor is it very different from what you’d have to do in any other job. I had the chance to sit down with Swart a few days ago and expressed my frustrations to him in order to gain some insight into what makes this market tick.

In speaking to Swart, I explained that it was often times difficult for those of us in the US (as well as many other countries around the world) to compete with the pricing schedule of people in other areas. While $10 per hour might be a great wage for someone in one country, it’s just enough to go broke for many others.

But all is not lost, according to Swart:

“Your experience is not unlike others. But we’re seeing some pretty significant growth that evidences that US freelancers are remaining competitive.”

But why would an employer choose to pay more for work that they could get for less?

“That is a challenge, but oDesk is enabling a meritocracy. Contractors’ work is rated and reviewed, which gives the best workers the ability to raise their own wages over time. Businesses know that it’s more expensive to hire the wrong employee.”

The keys to their competition? Interestingly, this is one of the few areas where a “normal” job and freelancing will cross paths.

Swart points to mobile developers in this example. While there are loads of iOS developers, the site has seen a dramatic increase in the requests for Android development. Reaching beyond that, if you have a certain sector of Android in which you excel, that demand will only continue to rise. In fact, in the cast of Android there has been a 15,000% percent increase in demand over the past year, with 610 jobs being listed on the day of this interview.

In almost any job, you’ll have to start at the bottom of the pay scale and freelancing is no exception, at least not in full. oDesk and similar sites often provide a feedback loop that employers and contractors can use to rate each other on a project. If you’re pricing yourself on the high end of the scale and have no positive feedback yet than you’re simply pricing yourself out of a job.

Fortunately, you don’t have to feed at the very bottom of the barrel in order to get hired. Many companies are looking to build their business and they’re willing to pay more money to someone who has an impressive portfolio and references outside of the site.

This goes somewhat with the previous point of starting smaller, but it’s worth mentioning by itself. Your reputation as a freelancer is built or destroyed based on a number of factors. If you’re doing amazing work but you’re a pain to work with then that is going to be reflected in your reviews. Conversely, the nicest of employees can’t make up for work that doesn’t fit the bill.

Because freelancing is often not done face to face, there are other points to consider here as well. It’s quite easy to be a bit less constructive and more critical of an employee or employer that you’ll never meet. It’s likely that you’ll need to try a bit harder to develop those interpersonal relationships that might come naturally in a typical office setting. But it’s worth your time to do so as they are instrumental in building your reputation.

Since I’m in the land of Uncle Sam, Swart focused his advice on US-based contractors. Most notably, there has been a 489% growth in the demand for managerial experience and management is one of the most in-demand fields on oDesk.

Often times a long-term contractor with an employer can move into a management position. As companies are seeking more managerial experience, this is something that can be added to your oDesk portfolio to show your successes and pad that ever-important bottom line.

We’re in a global economy, this much should be obvious. As such, you had best be familiar with the tools that make a virtual office setting possible. At a bare minimum you need a firm grasp of Skype but you need to go deeper. Tools such as WebEx, Google Docs and GoToMeeting need to be in your repertoire as well and not just on the basis of a working knowledge.

It’s also worth noting that the majority of highly-successful freelancers on oDesk recommend that you have a dedicated workspace at home. Sometimes that’s as in depth as renovating a room into an office, but often times it’s just a matter of having a computer that you use only for work.

Need some more tips? Read through TNW’s list of ways to be more productive when you’re working from home.

Have you taken the freelance plunge yet? While my results have been iffy thus far, I’ve started to put Swart’s advice into action and things are looking up.