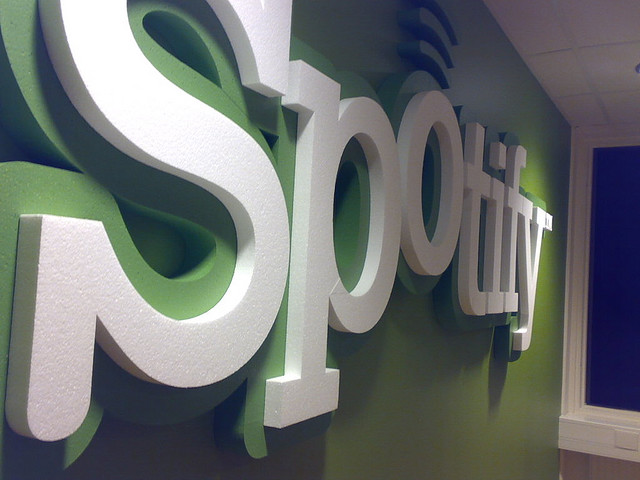 In today’s web-enabled job market, the curriculum viate and the résumé are dying. Instead of typing up a list of your skills, previous employers and a list of hobbies, job-seekers – particularly in the technology industry – are having to come up with concepts and unique ideas that give employers no choice but to hire them.

One example of his is Emiel Mols, a 23 year old student studying at Twente University (The Netherlands) who is about to undertake a placement for his Master’s thesis.

Taking his love for Spotify’s music streaming service, Mols began creating a new tool called Spotify On The Web in his spare time which would allow him to listen to his playlists from any computer by way of a customised web-based tool which utilised his Chrome web-browser and Flash. Soon, Mols had invested over 150 hours into his new web-based Spotify service, managed to stream, decrypt and decode the audio streams and his service was ready for public consumption.

Wanting good, honest feedback, Mols took Spotify On The Web to yCombinator’s Hacker News community to gain testers and ways to improve the service and initially the streaming service hit technical difficulties with so many visitors trying to access the tool. Once the website stabilised, Hacker News users began praising the young coder for his web platform, some even signed up for a Spotify premium account to use it after it received praise from other users.

However, the way Spotify On The Web currently operates costs Mols money, as audio streams need to be sent via his servers:

Due to a security measure in Flash called socket policy files, all (encrypted) traffic has to flow via my own server to the Spotify backend – even though the client implements the actual Spotify protocol. Since streaming music is pretty bandwidth consuming (and this tends to be money consuming), I deliberately tweaked the interface to be suitable for showcase purposes only.

That didn’t mean that Mols minded the exposure, or cost for that matter.

Word of Spotify On The Web travelled quickly around the world, also touching Sweden, the home of Spotify. Within hours of the service going live, the student had received a direct invite from a lead developer at Spotify, offering him an internship position to complete his Masters thesis. The offers didn’t end there either.

We spoke with Mols asking him about what he would do with his new job offer:

I am considering the various offers I just got in for a place to do my master’s thesis, including Sweden of course. For the project it would be really cool if Spotify at some point would allocate the resources to make a complete web-based implementation for their Premium members – paying for their own bandwidth of course.

Spotify On The Web is a classic example of showcasing your talents to get the job you want. Mols hasn’t decided whether he will take the Spotify offer, but something tells us he will.