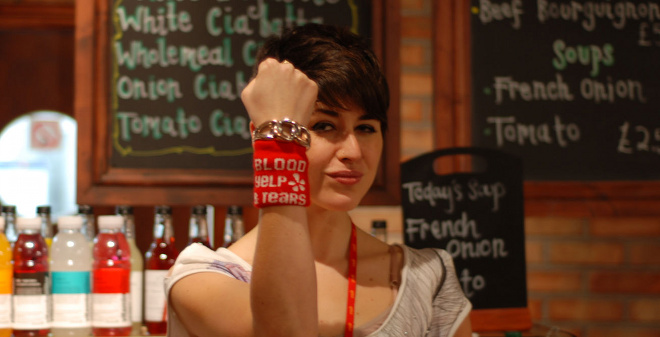 It was reported yesterday that location reviews, discussion and deals service Yelp is in the early stages of preparing to float on the stock market. With significant competition from the likes of Google Places and Groupon, Yelp – a grandaddy in the market having been around since 2004 – may not seem like the sexiest of investment opportunities, but it has something its rivals don’t.

One of the key benefits of running an Internet business is that you don’t need to have staff situated around the globe in order to serve the whole world. It’s possible to grow a widespread user base from a single location, but Yelp flies in the face of that with SIXTY full-time community managers working out ‘in the field’ to grow the business in their local areas.

Yelp emerged from San Francisco incubator MRL Ventures with a name that contracted the phrase “Yellow Pages” into four letters. Initially an email recommendation service, it launched in its existing form in October 2004, catering to the San Francisco market.

Over seven years, Yelp has expanded from to serve the USA, Canada and six European countries – and it’s still growing fast. The company claimed 45 million unique visitors to its site in January this year, and traffic graphs from services like Alexa and Compete show steep upward increases in 2011, borne out by Yelp telling us it is currently doing 50 million uniques per month. Last summer, the company boasted 12 million reviews on the site. Now it tells us that the figure is 17 million. In some markets, reviews on Yelp have become influential to the point where at least one shop owner has turned to violence after receiving a poor judgement by a user of the site.

What is the reason behind this continued growth for the seven-year-old company? Those sixty community managers are key, says VP of European Marketing, Miriam Warren. “We want Yelp to be the most useful local guide, and to do that we need to have a deep, real community.” Warren says that the Community Managers are all recruited for their knowledge and enthusiasm for the city in which they live. They’re all employed full-time and are given stock in the company.

The life of a Yelp Community Manager

Enthusiasm is certainly something Emma-Louise Howard, community manager for Manchester in the north of England, is overflowing with. Over a coffee in the city’s North Tea Power cafe (which, incidentally, she gives five stars), she told me about her work, which involves a mixture of what might be seen as traditional Community Manager work (running a local newsletter, organising local meet-ups and contributing to online discussions) and more business development-focused tasks like securing local sponsorships and marketing outreach work such as attending local events to help boost Yelp’s profile among local retailers.

“A typical day might involve phone calls and emails to business owners, writing reviews and the weekly newsletter, reaching out to new Yelpers; attending restaurant openings, bar crawls or art exhibits,” she explains. “Anything to keep a continuous connection to the community.”

Howard notes that working remotely presents obvious challenges. “There are the challenges I think many associate with working remotely, including not being face to face with your team, or having the opportunity to be completely embedded in that company’s culture day to day.” That said, Yelp’s Community Managers keep in touch with management and each other on a day-to-day basis using a mixture of technologies, including Apple Facetime, Google Chat and Skype. European staff take part in a weekly conference call to share information and have quarterly face-to-face regional meetings.

Once per year all the Community Managers head to San Francisco for ‘Community Manager Week’, where they get together to meet each other and Yelp HQ staff for real. “In addition to being a really good time, it means we have the chance to meet in-person with Yelp colleagues in all divisions, submerse ourselves in the company culture and maybe have a beer or two,” says Emma-Louise.

In short, Emma-Louise Howard is the ‘local representative’ for Yelp in Manchester – and there are sixty of these people doing the same thing in cities across North America and Europe. Isn’t this hugely inefficient in the age of the Internet though? Just look at how Foursquare grew its location-based service out of a small New York office. There wasn’t any need for staff on the ground as it slowly rolled out in new cities around the world. Instead, it relied on small groups of enthusiasts to help spread the local word. I know – I was one of about ten people who beta tested the service in Manchester after badgering CEO Dennis Crowley by email for weeks beforehand. Elsewhere – Groupon may have expanded around the globe through acquisition of ‘clone’ sites, but it offers local daily deals in many more cities than it has actual offices. Perhaps the closest comparison would be Qype. A very similar service to Yelp, it emerged in Germany in 2006 before expanding to eight other European countries and Brazil. With a claimed 17 million unique monthly visitors, it draws a smaller audience than Yelp but is well known in Europe. Founder Stephan Uhrenbacher explains that rather than hire staff on the ground to cultivate local audiences, Qype took a different approach.

“We focused on creating something that would appeal to the Web 2.0 crowd; bloggers etc. That way, we managed to create an initial buzz online in Germany.” Uhrenbacher, who is no longer directly involved with Qype, says that while the company hired staff in the UK and France when it launched there, they were more ‘country managers’ than staff who worked at a really local level in individual cities. For those kinds of interactions, he says, Qype worked with enthusiastic users to support them in running local events, but never saw the need to adopt staffed presences in individual cities.

“Qype is sometimes criticised for having fewer reviews than Yelp,” says Uhrenbacher. “But you’ll find that Yelp’s reviews tend to be clustered in areas where they have management. Qype – especially in Germany – is spread out evenly all over. I can go to the most remote place and find Qype reviews. Yelp’s approach achieves different things.”

A mile deep, an inch wide

Indeed, Miriam Warren emphasises Yelp’s depth over its breadth and says that comparisons with other services are unnecessary. “Yelp competes with everyone and no-one. I feel we have the most robust and deep content. We’re not just for the Twitterati – we’re the ‘everyperson guide’.” She believes that on-the-ground Community Managers are key to that. “Deep content for cities like Manchester or Glasgow is never going to come out of London. We are a site that not only helps people connect to local businesses – every day more and more people are adding new and interesting content. To manage that takes a true local.”

While it may seem like a huge overhead for an Internet business to have so many staff ‘on the ground’, Yelp plans to stick by the strategy, building out further in the countries in which it is already active during 2011. “What we often see is that Yelp cities that have a Community Manager and an active presence will create a sort of halo effect, encouraging engagement in surrounding cities. Most recently, we saw the excitement around Yelp Paris feed into other locations like Lyon,” says Emma-Louise, who notes that Yelp is now hiring a Community Manager in Lyon as a result.

Despite its upbeat tone and rapid expansion, Yelp is yet to turn a profit. In the depths of the US recession, the company says that it slowed its expenses and became cash-flow positive during the Summer of 2009. Since then, the company has begun aggressively ramping up its operation in western Europe; has opened a new office in Scottsdale, Arizona in join those in San Francisco, New York and London; has increased its marketing efforts; improved its mobile offering and entered the check-in deals business.

Yet there are real challenges ahead – most significantly from Google. Yelp was close to being bought by Google back in 2009, a deal which reportedly fell through at a late stage. Since then Google has aggressively pushed its rival Places product forward, offering local reviews and deals supported by its enormous scale and aggressive mobile strategy, not least through Android and the fact that a dedicated Places app is now bundled with the OS.

Then there’s the bad taste left by allegations of extortion practices, denied by the company. A lawsuit accusing Yelp of demanding paid advertising in return for suppressing or deleting bad reviews was recently thrown out by a District Judge in the US, but the case could be resubmitted and may yet return to haunt the company.

So, there are plenty of challenges for the future, and Yelp’s investors will understandably be keenly viewing those IPO plans. Whatever happens, those sixty (and growing) Community Managers will continue to be the company’s most interesting, unique asset.