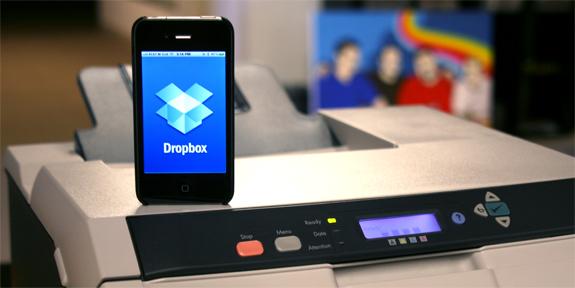 Update at the foot of the article.

If you, like me, have found the popular cloud-based file hosting platform Dropbox to be an absolute lifesaver, you might be a little surprised to learn that by copying one file from a computer running the application, an attacker can access and download all of your files without you ever knowing.

Security researcher Derek Newton began looking into how how some of the file synchronisation tools operated, particularly what traces of information were left on a system as a result of using the tools. Focusing on Dropbox, the darling of cloud-hosted file synchronisation tools, Newton came across a route that potential attackers could take to gain access to a Dropbox user’s files without their authorisation, possibly without them ever realising their account was being spied upon.

Recognising that other users had reached the same conclusion (here and here), Newton didn’t think that “people [understood] the significance of the way Dropbox [handles] authentication,” so he published his findings from an “authentication standpoint and the significant security implications that the present implementation of Dropbox brings to the table”.

The “attack” is achieved by obtaining the Dropbox ID of a user or by copying files that are associated with a Dropbox install on a user’s computer. With Dropbox users needing to install the client on each computer they wish to synchronise, user credentials are locally stored in data files (sometimes) across numerous workstations.

Newton’s concept, tested on a Windows machine, uses Dropbox’s own configuration files; configuration data, file/directory listings, hashes which are stored in numerous SQLite database files located in %APPDATA%\Dropbox. Inside one file lies a database row containing a users “host_id”, which is used to authenticate each individual user.

Modifying this file and changing the host_id to that of another Dropbox user automatically authenticates the account, providing complete access to that person Dropbox until the user realises that there is a new computer in the “Linked Devices” section of the Dropbox website.

Both methods require an attacker to gain access to a Dropbox users’ ID or configuration files, so don’t be too worried just yet. It raises an issue that could see malicious malware programs deployed specifically with the intention of copying a user’s Dropbox configuration files and because the file is so inconspicuous, it is unlikely to set off any alarms on your system.

If someone already has access to a Dropbox computer, it would be possible to copy all files, but copying one file and ensuring access to any future files added to the account is a lot more lucrative.

Dropbox will be aware of the potential harm this could cause users, which may motivate it to introduce a new authentication mechanisms that require users to enter their credentials if certain files are edited or replaced, which isn’t necessarily the easiest thing to monitor.

Until it does, Newton recommends taking the following steps to ensure your files are safe:

If you are worried about the security of your files generally, it would be advisable to not use Dropbox because files can be transferred to a computer you aren’t necessarily using . The technique used here is more a proof of concept but it does show that Dropbox users need to be aware of how they store their files.

Update: Dropbox has issued a response to Newton’s research, summarising that if someone has access to files on a machine, files are already insecure:

On this specific topic, we don’t agree with the researcher’s assertion that there is a security flaw – Dropbox is a perfectly safe place to store sensitive data. The researcher is claiming that an attacker would be able to gain access to a user’s Dropbox account if they are able to get physical access to the user’s computer.

In reality, at the point an attacker has physical access to a computer, the security battle is already lost. The research claims Dropbox is insecure because it is possible to copy authentication information straight from the user’s hard drive. in reality, this ‘flaw’ exists with any service that uses cookies for authentication (practically every web service). Cookies are stored on your hard drive and are susceptible to all the same attacks mentioned by the research (i.e. a virus can steal your cookies and gain access to all your web services).