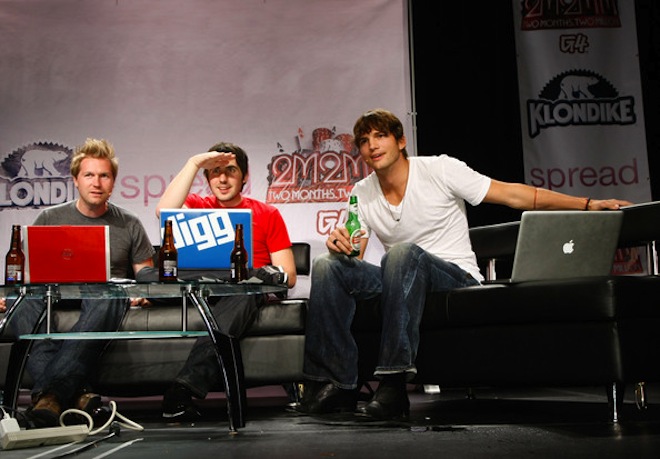 I’m going to take a guess and say that by now you’ve heard that Kevin Rose, the face of Digg, has decided to step down from his role in the company. With Rose’s resignation, the Internet is ablaze with talk about how Digg is dead, because this is what the Internet does.

You’ll pardon my sarcasm for a moment. Obviously, every time that something happens or something is made, something else must die a terrible death. OK, enough sarcasm. Even for my sarcastic-slanted self, I just can’t get past the fact that the Internet generation (the one that I’m a part of, mind you) is so centered on the belief that things have zero gray area. It’s either ruling or it’s dead, seemingly.

First off, we need to look at history. When Digg launched in 2004, it was something that the Internet hadn’t really seen before. Over its life, it has given rise to many other similar sites and countless businesses, sites and the like have thrived or died because of the traffic that it has pushed. To say that a site of its magnitude is suddenly dead is short-sighted and (lacking an ability to mince words) just plain stupid.

Is Digg changing? Yes. When the latest version of the site launched, we (as TNW) saw a notable decrease in the amount of traffic that was pushed via a front-paged post on Digg. The truth be told, though, that story would still lead the traffic for the entire day, even if it was only 1/4th as much as it might have been during Digg’s glory days. Even today, after Rose’s announcement, Digg continues to push traffic to our site via a story that we had about Microsoft fully 2 days ago.

A few short years ago, people at Yahoo laughed at a scrappy search startup called Google. Over time, Google has had more than its share of problems and purported “killers”, and yet it still stands as the largest search business in the vast majority of the world. In the years that have followed, people have also talked about the death of Yahoo, and yet the company is still around. Though its stated vision is somewhat cloudy, it continues to rake in page views and dollars, years after its prime. When broadband Internet started taking hold in the United States, AOL was finding itself in a very dangerous situation. Yet here we are, years after the company made the majority of its cash and we’re watching it gobble up major blogs and partnerships as if it were a scrappy, heavily-funded startup. Regardless of whether we agree with its direction, there is no denying that it is still alive and kicking, long after many other sites have faced their nipples to the North.

Why have Yahoo and AOL managed to live? Evolution.

As Rose states in his tweet (captured above), Digg is still doing 20 million monthly pageviews (reportedly an increase, over the past two months, according to Rose). Say what you will, but 20 million is a lot of clicking. It’s still getting ten times the page views of some sites that are announcing its death (I’ll leave out links from this reference, as to not sling mud). To play the funeral dirge of Digg at this point is simply foolish.

The Internet is a constantly-evolving entity, made up of pieces that push it forward. Digg has been a key ingredient in the Internet recipe for the past few years and it continues to spawn clones, even today. Has it been pushed past its prime? Should Rose have opted to sell it, rather than ride the ship? Perhaps. But maybe Rose is one of those people who believes that you don’t start a business and have an acquisition as an exit strategy. Maybe there’s a plan in place that simply hasn’t been announced yet.

Digg has never been as financially successful as some people would require in order for it to be deemed a win. But I think that there are a lot more markers to success than just the money that you make along the way. Digg’s place in Internet history is well cemented, and I’d venture to say that we’re far from the point of tossing dirt onto a casket. The question isn’t whether Digg will evolve, but rather how.