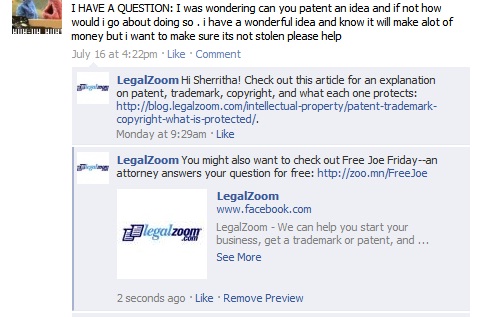 Flashback to 2005.  I’m sitting on my couch with a friend playing with Meetro – a location based IM service that helped you IM with people around you.

Even as I’m thinking how cool Meetro was and shooting off messages to random strangers down the street, my friend, who is a girl, was rolling her eyes.  Within seconds of her setting up a profile page on Meetro, she was immediately getting harassed by random guys on the service.

This, in a nutshell, is the challenge of place based networking apps – location based apps that allow strangers to communicate with each other.

A small number of idiots – usually men seeking women – ruin the services for everyone.  And because location is involved, the stakes are raised above, say, a troll on a web page.

Despite inventing the category, Meetro was never able to get over this (and other) hurdles, and shut down in 2008.

Now, in 2011, we’re seeing a new breed of place based networks who aim not to put you in touch with the people you already know, but to introduce you to new ones.

Regardless of what Facebook would like you to believe, most people have more than one social graph.

Friends, family, work, and hobbies are just some of networks that are in rotation for many folks.

Much of the recent inflection in social media (Facebook, LinkedIn, Twitter, Jive, Yammer) has come from companies’ success in mapping the human relationships that exist offline, into online services.  Once these maps are in place, information (photos, messages, invites, games, etc.) can be passed efficiently through all nodes of the network, creating value.

Facebook maps your friends and family.  LinkedIn maps your professional circle.  Twitter maps friends and colleagues, but also maps asynchronously, and seems to have struck gold in mapping fans to celebrities, however it is you define those things.  Jive and Yammer are mapping companies.  And so forth.

But these relationship maps capture only part of the human interaction that occurs, or could occur in the real world.

What about the people you bump into at the coffee shop?  The girl you see every single day walking to the subway?  The entrepreneur you stood in line with at the conference who is working on a cool startup?  Or the incredible, job seeking Android developer who, unbeknownst to you, happens to be sitting next to you at Dolores Park, when you in fact are in desperate need of an Android developer?

Consider it the unlit part of the social graph.

These sorts of networks all share one key characteristic – they revolve around a lat long, a pin in the map that exists in the real world and that, happily, is detectable via a smartphone.

In looking at the successful, mobile social networks of the past two years, most of them are predicated on connecting you to the people you already know, in the real world.  Put another way, these services are existing social graphs with location bolted on, rather than a service that starts with the location, and builds the relationships out from there.

There is now a new generation of startups that are trying to flip this assumption on its head.  Instead of starting with the social graph and adding location, they are starting with location, and attempting to build out a social graph – however casual or temporary that graph might be.

This is not an easy problem.  Any time you allow strangers to communicate with strangers, it’s very difficult to keep people on their best behavior – just ask Chatroulette.

But that’s not stopping some companies from having a go.  Here are a few of them:

MingleBird tries to make it easier to meet likeminded people at conferences.

AgoraApp, built on top of Foursquare data, tries to introduce you to people based on shared Twitter connections.

The buzzed about Yobongo, helps you chat with people around you, including Garyvee.  So does YC backed MessageParty.

Gatsby, one of my personal favorites, provides a virtual concierge who algorithmically attempts to introduce you to people in the same venue that share interests based on a few simple questions.

Web services that can draw some connection to the real world have proven to be powerful forces.  Companies that have done this very well include Facebook, Yelp, and Meetup.

Can these emerging place based networks find the right recipe?