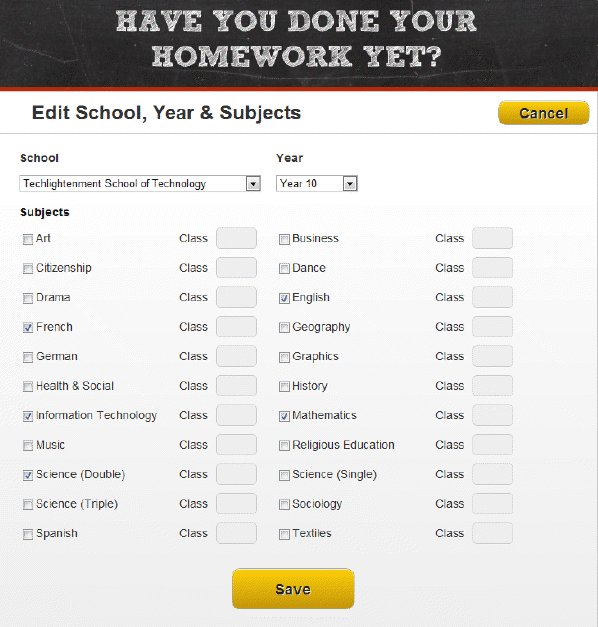 Last week I had the chance to talk with Harjeet Taggar who previously founded Auctomatic and is now a Partner at Y Combinator (YC). This is his first in-depth interview since he joined. We talked about YC, startup advice and Start Fund, the joint venture between Yuri Milner and SV Angel to invest in Y Combinator startups.

The conversation flowed for over an hour and this is part one of two posts from our chat.

Now that the waters around Start Fund are not as erratic, and have somewhat calmed down. I wanted to speak to Taggar-in-depth, after he had personally had time to let it all sink in. We dove right into the topic and had a very candid and open conversation about what it all meant for YC.

Firstly I wanted to know how much Start fund would affect the YC process, will they be serving Russian cuisine at the YC dinners and would Ron Conway now be doing the opening speech for Demo Day? You know small things like that. Taggar assured me that the YC process would not change.

“It won’t affect the YC process post acceptance. We will essentially continue doing what we have been doing so far; trying to fund as ‘many good startups as we can and experimenting along the way.”

Taggar did say that it would almost certainly affect future applications to YC.

“It will affect the types of people that apply. Some people quiver that YC doesn’t give much money e.g. people who have a lot of expenses, like a mortgage, see that lack of money as a barrier to entering YC. I don’t quite share that view since before this deal YC had such a high funding rate, 90+% of companies from the last round raised additional funding. Now there will be a good chunk of guaranteed funding to help people like that so I expect more will apply. I am not sure if this will be a good or a bad thing.

“People have been saying for the past few rounds that we have been funding more mature companies. What’s really happening is that in the past companies that would apply could be defined as companies that wouldn’t get funding anywhere else. YC was their only option. No company that had revenue or traction wanted to apply to YC in 2007 when Auctomatic [Taggar’s previous company] did YC. Over time more of those companies have started applying. However the YC decision process has not changed that much, it really is about the people.

“Take this round for example, we have some companies that are already profitable and launched. But at the same time, we have also funded a team of Berkeley teenagers, who have dropped out of university. We told them that we didn’t like the idea they applied with and we have been bouncing ideas with them for the last few weeks. The core of YC hasn’t changed.”

Taggar then added that conversely they have turned down companies with traction and revenue because they were not convinced of the team and the founders’ abilities.

“We try not to be led astray, if you look at the most successful founders, for example Drew Houston with Dropbox. At the time he was an unproven college grad with a very rough prototype of Dropbox and we funded him and now he is the shining stars of YC. It would be bad if we started acting like conservative investors and started looking for companies that have existing revenue or growth. We would end up missing out on all the Drew Houstons.”

“I posted an answer for that on Quora” he told me laughing. He then went on to explain what changes he expects from the startups.

“Imagine you’re a company that has launched now, some subset of people like what you are doing. You start growing and then you enter a race to acquire as many users as you can, to build up some sort of lead on your competitors. In order to do that you need money. So that you can hire people, acquire users, buy ad words whatever. In order to get money you need to raise money. So you stop developing the product and go on this funding road show, the product is neglected. Even when you have raised the money, someone else in that meantime went out and grabbed the market, now you have gone from lead to behind.

“This 150k just gives them [YC startups] that little bit of extra time, where they can continue to acquire a little more users and not worry about the fundraising road show. Which I hope will mean that more of them can raise money in the same circumstances as Airbnb or Daily Booth, where they had a lot of user traction and had little problem raising. The thing is taking off, you have your pitch, its a good time to raise. I am hoping that it [the Start Fund] will let companies be in a more powerful position to raise money and get a better deal.

“Startups will have to eventually go out and raise money, because it isn’t enough to never have to raise again. $150k is roughly 2 full time engineers, for 6 months, so in the grand scheme of things, it isn’t that much.

“If you look at the history of most successful startups, there was always a point where founders were considering giving up. I remember when Evan Williams came and spoke at YC when I was doing it. He said that there were some dark days at Blogger, when people in the company were not fully behind what he was doing. There were various moments when he could have given up. For every Evan Williams, there were 10 people in that situation that did give up. I keep wondering that if they had that extra $150k would it have given them the impetus to carry on. I am hoping that with the $150k these companies will feel a little more stable but won’t lose the sense of urgency and it might just help them hang in there until their company takes off.”

It’s great for the companies that should survive, but YC has (shocking, yes I know) produced a few turkeys over the years. How would The Start Fund affect them? Will it just prolonging their inevitable death? Taggar responded with:

“In order to answer that question one would have to be able to predict which company will fail. I think we and anyone else out there cannot predict whether the company will fail or succeed this early on in its lifespan. Eventually there will be companies that fail, that’s just the nature of the game. I feel that if this [Start Fund] tips the balance of the few that do succeed then it will be worth it for this whole ecosystem.”

I wanted to know if anyone else would offer this type of deal to YC or any other seed-investor.

“Anyone could have offered this deal at any point. Most investors are indecisive and want to gather as much information as they can, before they invest. But Yuri Milner and SV Angel have this thesis they believe in and have acted upon it. So they would have to be like Yuri and SV Angel to offer anyone this type of deal. Also the limiting factor on how many people will replicate this deal is how many people can afford to do that, and that number is very small.”

Taggar then went on to tell me how the deal itself came about:

“Yuri was introduced to us by the SV Angel team, I took the meeting thinking they wanted to just “compare notes” which investors seem to like doing. After I’d talked a little about YC, Yuri just directly said they wanted to invest in all the startups. At first I thought it was a joke and laughed and asked what they really wanted to talk about. Then I realized they were serious. PG [Paul Graham] at the time was doing office hours with the startups, he came into the office once he was done and we started figuring out how we’d get this done.”

It sounds like an amazing deal for YC and their startups, but I wanted to know what about the existing LPs of YC, how did they feel? Some people are saying that Sequoia got Yoinked.

“Sequoia did not get cheated on. This is a good thing for all the investors of YC. Because of this fund it means that these companies have this extra bit of lifeline and if the companies do well then so will the investors of the YC fund. It’s hard to argue that more successful companies are bad for the ecosystem. I don’t think anyone got screwed, all involved are getting a great deal.”

It’s seems like a great deal, for YC, the startups and the investors of the YC Fund but what about the smaller Angels that would invest and take part on Demo Day? I wanted to know if Angels like my friends Gabor Cselle and Christina Brodbeck have just been muscled out. Taggar reassured me that good Angels had nothing to worry about.

“Effectively what this deal has done is consolidate the trend that we have been moving towards which is, money at seed stage has become commoditized. There is plenty of money available. Founders are more discerning about what value investors are actually going to bring to their company. Founders enjoy working with Angels like Christina or Gabor, who get involved and bring unique value to the table, so it won’t affect them. Essentially founders are asking what tangible thing can you do for my company; investors have to up their game. There are good investors and bad investors. Investors that blag and don’t add value will find it hard to survive, so this is bad news for bad investors.”

Bad investors should be weeded out, and YC has forced them to up-their game. It has tipped the power balance in favors of their founders and as I discussed when I spoke with James Lindenbaum, when founders have power and control of their company their company thrives.

After Tagger and I got the most pressing questions out of the way, we spoke about how and why he became a Partner at YC, the insights that had given him into building a successful company and how it was to work with Paul Graham.

The final part of this interview will be posted tomorrow.