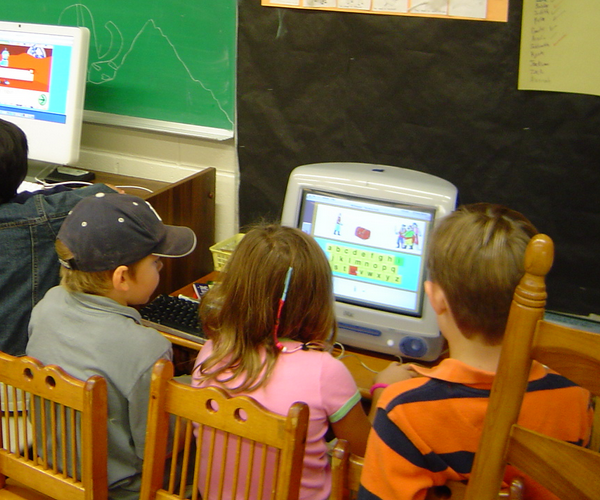 The education of a nation’s youth to a full height of academic rigor and standing is a complex process that nearly always spans more than a decade, requires tens of thousands of dollars, dozens of teachers, and of course, technology. Not always the most recent technology, mind you, but even the oldest Pentium One computer was once new.

Technology inside of education is a somewhat problematic premise, an idea that generates controversy from the earliest of primary school grades right through to the top of the academic pyramid, graduate school. As you well know, technology can be a powerful tool for learning, and it can be the same for cheating. It can be used to inform, and to distort. It can boldly open new doors, while flinging open some that were perhaps best left closed; not every topic is appropriate for all age groups.

While some elements in the world of education still want to stress cursive penmanship and hand-editing, it is hard not to admit that technology, specifically and mostly the internet and personal computing, have transformed the modern world. These are things that modern students were raised with, so completely that to not give them their due would be to cheapen the impact of what might otherwise be a strong education.

Ask yourself this: would you rather a pupil taught how to quickly write in cursive, a full-page of their thoughts, or rather to learn how to adroitly employ any computing station put before their little hands? If you want the pupil to be competitive, you had best pick the second option. Now, the question then becomes just this: what are the identifiable effects of our modern technology on education? Let’s try and get our arms around the topic.

Collaboration is becoming a real-time event. While this topic applies mostly today at the collegiate level, it will surely seep backwards down the grade scale to reach younger students. This has the impact that you might guess, increased productivity, but it has a host of secondary benefits that most students do not recognize until they complete their first project in such an environment.

What happens? You can’t hide and accomplish nothing if everyone is watching you work. You are also somewhat ‘on display’ while working, meaning that your initial draft of that paragraph you are putting at the top of your team’s business plan had better make sense the first time you pen it, and only improve from then on out. Deadwood beware, it’s easier to hide in document versions bouncing around email accounts than on Skype with three other people working a mere two pages over.

Free products like Google Docs are becoming not just accepted, but de facto solutions at a rapid pace, revamping the idea of teams, and team projects.

Ask anyone over the age of 50 with a PhD what it was like to get the information that they needed and they will generally begin to swear and discuss how young people these days have it so soft.

They are not merely being curmudgeon-esque (well perhaps a few) but on the whole they have a point: nearly every fact is no more than a few taps of the keys from anyone, making the accretion of information, well, child’s play. What does this mean? It has been speculated that this will lead to a decline of respect for intellectuals, but that seems unlikely. Knowing how to search for something is merely the first step to real comprehension, which involves a deeper understanding and critical analysis. On the whole, intellectualism and its pursuits will always command respect.

Nothing is free. Everything has a cost. While technology, as we have just seen, can have very positive effects it can also have some very negative impacts. Things such as cheating are now simpler than ever, and I don’t mean writing on your hand. Your class is allowed to use a graphing calculator for the test? Write a program on it that contains all the formulas that you need and presto, you pass the test. Chance of being caught? Zero.

Or just take a picture of your homework and send it via SMS to your friend, who copies it on the bus on the way to class. By constantly cutting down on data transfer times (from letter to telegraph and so forth) it has become trivial to share information that is not yet due, but will be graded.

To combat this, many classes are slowly ratcheting down their emphasis on graded homework, and pushing harder and more grade-important tests where it can be harder to cheat.

Finally, and to wrap up, it may be said that for all the technology we put in the classroom all we do is distract children from actually learning. Are we showing children blinking lights instead of books and so forth? The complaint should be formed into a question: is there a way to employ new technology intelligently avoiding its pitfalls while reaping its rewards? Yes, by having strong and smart teachers who can use the tools that technology offers without falling on their sharp ends.

Technology is changing our world, and we have to understand the implications of its use for our children’s education. Education is affected by technology in a very real way, however the timeless goals of education should be respected.

This article is supported by Dell

Read next: Android 3.0 Honeycomb gets a teaser video. Verdict? Amazing.