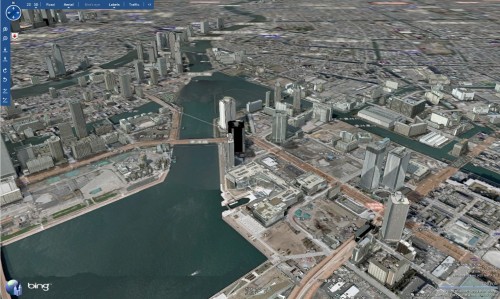 Yes, that title is ironic. Microsoft has announced today that Bing Maps is now the default mapping application in the Windows 7 Phone SDK. Are we surprised by this announcement? No. Is it important? Well, that depends on how well Windows Phone 7 does frankly.

If Windows Phone 7 turns into a hit (yes, that’s a big if at this point), then having Bing Maps baked into the all of those phones and apps could be a challenge to the dominance of Google Maps on mobiles. Bing Maps is certainly coming on strong with features, and if developers just stick with Bing Maps as the default mapping service, and Windows Phone 7 does well, it can only help the overall adoption.

In a post on the Bing Community blog, Microsoft doesn’t even mention iOS, instead just going right after Android, saying, “If you’re new to Windows Phone development, it’s super-easy – we’ve seen reports of 3-hour-dev cycles vs. two weeks or more for similar-functioning Android builds.” It will be interesting to see if Microsoft/Bing continue this approach, i.e. focus on attracting Android devs, at least at first.