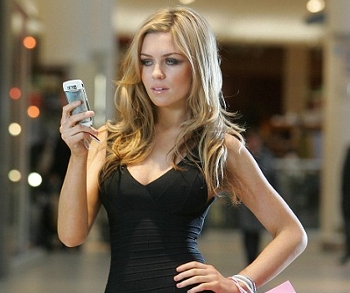 Geocaching is popular with the outdoors set, with currently over 1 million active geocaches worldwide. “The basic idea is to locate hidden containers, called geocaches, outdoors and then share your experiences online,” according to Geocaching.com. But not everyone is a fan of the outdoors, so we’re suggesting a new movement: mallcaching.

While we’re half joking with the name, the idea is one that we think is dying to be expanded on. So what would mallcaching involve? Well, in a word, shopping.

At the very core of mallcaching would be the pursuit of buying stuff. People have been doing it for eons – the search for the bargain (while hopefully finding the perfect lampshade to match your curtains) is eternal. What mallcaching would do would be to add a geo layer onto our shopping to make it more interesting, bargain-savvy, and most importantly, social.

Here’s an example of how a typical mallcacher would go about their day and interact with other mallcachers. First off, they’d check their mallcaching app on their phone to see what stores, malls, shopping districts or far flung outliers (i.e. for the truly adventurous say a flea market or antique shop) have interesting cached items. Here’s the beauty of it: other shoppers have cached these cool/cheap/must-have items either because they bought it themselves or they wish they had/could.

So armed with their platinum card and GPS cellphone, our mallcacher would jump in their SUV (because SUVs are for people that never go outdoors). Once in the mall or shopping district they would whip out their cellphone and log into the mallcaching app which would, using the shopper’s GPS, show them the way to each hidden gem around them. Of course, this movement would only work if everyone contributed, so while in the hunt for the cached treasures, our mallcacher finds other treasures, they would add that to the system. This would include taking and uploading a picture of the treasure, added some comments and maybe talking about the service level of the park rangers (i.e. the salespeople).

This of course would also be broadcast out onto Twitter, Facebook, et al, making the entire activity extremely social. Think of it as a combination of a Blippy and Foursquare status update rolled into one.

This cycle would repeat itself everyday after work and Saturday and Sunday and really explode during the holidays. Lots of people might like the outdoors, but the great indoors is where the truly adventurous of mankind goes to find their inner-(wallet)-selves.

Read next: Android on your iPod Touch? It's more likely than you might think.