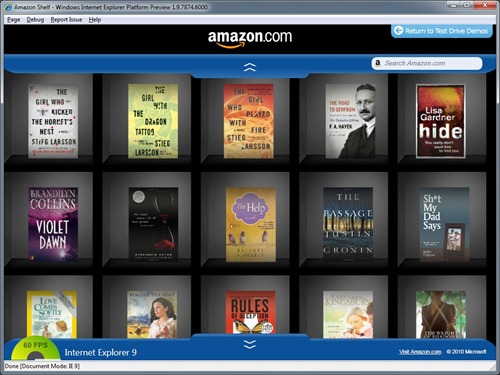 Lost in all of the hoopla in the tech community surrounding Facebook’s location plans has been an issue that has been pushed to the side lately: will Facebook’s hundreds of millions of users get location or will it turn into a(nother) PR disaster?

First of all, we are not trying to induce panic here. Check-ins are fun and useful and we hope that Facebook does all the security, features, etc in a way that makes Facebook more fun and useful while at the same time secure and private.

Secondly, we’re not in any way suggesting that Facebook’s users are any less sophisticated than the (mostly) bleeding-edge folks that use Foursquare, Gowalla, Brightkite, Loopt et al. In fact, there are plenty of “normal” people that use those services and use them regularly, and many, if not most, of those people all use Facebook regularly, so there will certainly be people that “get” check-ins on Facebook right away.

That said, there are hundreds of millions of users on Facebook, many of them (in fact, their fastest growing segment) over 50 years old. They’re parents and grandparents. They like security and going from home to work and back, turning on the TV and playing with their kids/grandkids (yes, they do other things, but this is what “normal” people do most of the time). They certainly don’t like the idea of people knowing where they are all the time, even their extended families and close friends.

Now, location based services and check-ins have been around for awhile, and “the big bad” hasn’t really happened yet. But it could anytime, and we all know it. And the lawyers know it. And regulators know it. And if you’re a parent, and you hear that Facebook just turned on a feature that could be used to track your kids, you might not give a damn if it’s fun and/or useful – you might just want it turned off.

If Facebook was a company that had an impeccable reputation for protecting their user’s privacy, for listening to their concerns and for opting-in to services, they would probably be able to ride a wave of trust into something as against-apparent-common-sense as check-ins.

Well, that’s an “if” that pretty much everyone knows isn’t the case. So where does that put Facebook and its users regarding a social location check-in feature (Facebook is almost certainly calling it Places, so we’ll just refer to it as that)?

On Facebook’s side, they have delayed this decision for a long time. People were asking about location features on Facebook at least as far back as when the platform launched in 2007 and probably earlier than that. Was it the technology that was holding them back? No, the technology for these kinds of services isn’t hard to put together, so it was something else. Was it the timing in the market? Well, perhaps.

Perhaps Facebook thought that a) there weren’t enough smartphones out there to justify Places, and/or b) they just thought users weren’t ready for these services until now (obviously, we’re wondering in this post if they are even today). Could it have been that Facebook was simply too busy with everything else they were doing and kept location on the backburner? Yes, that is a distinct possibility – say what you will about Facebook, they keep themselves extremely busy.

Was it the lawyers? Yes, it was certainly to a great extent the lawyers. Facebook operates in many countries, all of which have their own laws on stalking, tracking, etc. In some countries, people are routinely kidnapped for ransom, or worse, and location services could be used (or at least an opposing attorney could argue so) to make these acts easier. So when Places does launch, you can be sure that Facebook is going to be lawyered up, maybe to an extent no other feature launch has ever been before.

So this brings us to the final reason Facebook waited – opening up check-ins to their hundreds of millions of users scared them, both from a legal and PR perspective. They held off this long because they had to get it right in their minds, they had to have answers to all of the questions, they had to have enough of a user base that was used to the check-in concept within Facebook to back this idea, and maybe most importantly, they needed the tech crowd to be in love with location before they even dared roll something out. Obviously, Facebook now thinks it has all the answers and has relieved all doubt. That’s the only way they would be moving ahead at this point.

How users may react

Ok, so back to the users.

How are they going to react? Well, as sure as Facebook must be about Places, they sure picked a horrible time to launch this. Public opinion of Facebook as a company (not as a utility mind you) is at or near an all-time low. Users are getting fed up with all of the privacy issues and changes and now here comes what could turn out to be the biggest privacy issue in users’ minds that Facebook has ever presented them – “you mean you want me to trust you enough to tell you where I am??!!”

It’s certainly hard to predict how hundreds of millions of people are going to react to anything, but unless Facebook absolutely nails not only the privacy/sharing issues of Places, but also provides users with a very compelling and useful service that they carefully explain to everyone how to use and how not to use, users might just decide to simply not trust Facebook on this one and not use/disable (if they can)/boycott Places altogether.

Or, maybe like Twitter’s geo-tagged tweets, only 1% of Facebook users will even use Places, and all of this hoopla and doubt won’t be all that significant after all. Or maybe McDonald’s will start giving away Big Macs with each check-in and everyone will absolutely flock to it. We’ll just have to check-in later this month to see.

Read next: Video: How to use Foursquare for newbies