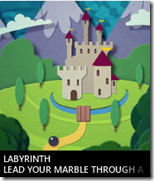 Plancast followed its own plan and released an iPhone app earlier today, right in time for SXSWi.

Designed by Leah Culver (@leahculver) the app follows the website pretty much to the letter, with no real new innovations. That’s not to say that that’s a bad thing – Plancast has gotten a lot of praise for the simplicity of its interface and ease of use. However, this was obviously a rushed/toned-down (but still welcome) app, that’s main purpose was to give Plancast a slicker iPhone interface than Safari provides.

We’ve have also been pretty on-board with what Plancast has been doing, and we understand that they just very recently closed a significant round of funding, so we don’t blame them for just getting this out for all to use and enjoy for the next five days in Austin (oh, and for all you other folks as well).

That said, as we’ve also said before, we feel that Plancast as it exists today is still only halfway there – plans are great, but for Plancast to really play in the location sphere (and maybe that’s not something they are interested in) we think that they need to either build their own check-in functionality and/or integrate with existing apps and/or check-in APIs so that not only can users make plans, but then they know who actually showed up and then can continue the conversation while they are there (although technically users could use the built-in Comments functionality to continue the conversation, but this functionality does not necessarily equate to being “checked-in” so we doubt many are using Comments for this).

For a first (and rushed) effort, however, this free app is a great step in the right direction for a service that is quickly becoming a preferred way to quickly set up events and meetups.