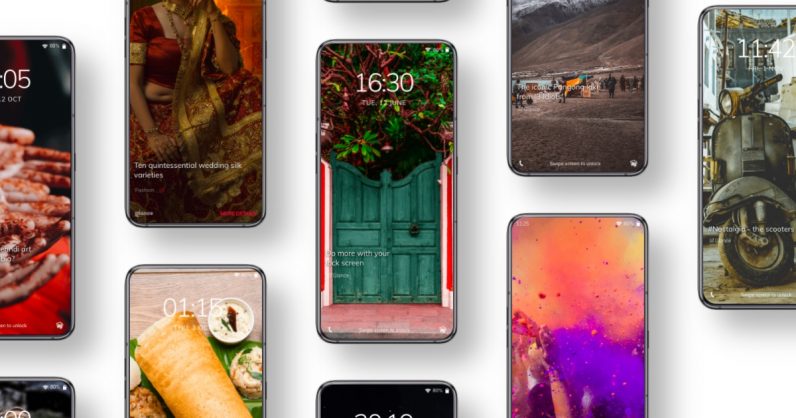 Have you heard of an app called Glance? Maybe not, but if you’re using a Xiaomi, Samsung, or a Vivo phone in India, Indonesia, or Malaysia, you might’ve used it.

For those unfamiliar, Glance is a lock screen app showing trending topics — and it recently reached an important milestone. In an interview with TechCrunch, developer InMobi revealed the app hit 100 million daily active users (DAUs)

How did it get to this number? The secret is that the company partnered with major smartphone manufacturers such as Xiaomi, Samsung, and Vivo to pre-install the app on some of their popular phones. While the app is removable, it plays a large part in getting users onboard.

The app lives on your lock screen and shows news and trending stories sourced from various media partners in Hindi, Tamil, Telugu, and English. The app also has short videos and single-player games.

Navin Tewari, the founder and chief executive of InMobi Group, told TechCrunch that Glance raced to 100 million DAUs in just 21 months after the launch. He added that users are spending 25 minutes on average every day.

India accounts for most of Glance’s audience —more than 80 million, to be precise. However, it also has a presence in Indonesia, Malaysia, Thailand, and the Philippines. The company aims to roll out its product globally in the coming years with an aim to grab more eyeballs.